Lest We Forget: The Real Hobbit Story 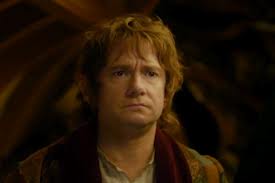 Peter Jackson is a hugely talented director and Warner Bros makes some wonderful movies and I will probably go to see the Hobbit when it comes to Invercargill. I must say, however, that I have lost a good deal of respect for Sir Peter Jackson and was extremely disappointed in the behavior of the National led Government in regards to the treatment of our New Zealand actors and film workers. When I view the Hobbit I will be admiring the skill and capabilities of all those who worked on and off the screen, but have had to work under an employment regime that does not properly recognise or support their real contribution.

The Hobbit actors and crew were employed as contractors even though their actual status was as employees, this enabled Jackson and Warner Bros to escape most obligations as good employers. Warner Bros had refused to meet or bargain with the local actors union and ignored the usual expectation of operating in good faith. It was the Company not the actors that was the real bully in this misreported story.  The changes to immigration law allowed Warner Bros to bring anyone into the country without following normal immigration controls and removed the ability to ensure that New Zealanders were employed in the first instance if they were able to to the job required.

Through lies and deception Peter Jackson, the hugely profitable Warner Bros and the Government manipulated public opinion to enable unnecessary changes in employment and immigration law. While some benefit will probably come from increased tourism, this may have largely occurred without the $107 million of tax payer funds being gifted to Warner Bros in subsidies, grants and marketing costs. This money would have been far better spent directly supporting our local film industry that has produced the likes of Boy, Whale Rider and the World's Fastest Indian that have also received wide international acclaim through telling our own stories.

Already there is a resurgence of the myth regarding the Hobbit dispute and anyone who supported the rights of the film workers are being branded Hobbit Haters. For those who wish to have their opinions shaped by fact rather than propaganda, here are two important accounts that are worth reading:

KjT said…
I for one will not be paying to see any more movies made by Peter Jackson.

bsprout said…
KjT-While Jackson's behaviour was appalling he was probably operating as many employers do and for me it is the Government who should be most held accountable for the way they responded. Who else can ensure that the employer/employee relationship is a balanced one?

While I could boycott all of Jackson's movies I think we should still celebrate the work and efforts of the wider New Zealand film industry.

robertguyton said…
I am not going to see the Hobbit movie because of Jackson's manipulations and other issues I have with crass consumerism and the making-stupid effects of movies.
November 27, 2012 at 7:07 PM

bsprout said…
Good on you Robert for the strength of your convictions. I must admit I am impressed with the real craftsmanship involved with making the clothing and props. For all my displeasure of Jackson's behaviour he has supported local craftspeople and much that is in the movie is real, not just special effects. I don't mind celebrating the efforts of all those who contributed their skills to support this movie.
November 27, 2012 at 7:14 PM

Anonymous said…
I don't even wont to see the "Hobbit", due to the fact that so many Animals mainly Horses died in the making of this movie, So sad and unforgivable that they suffered, " Boycott" the Hobbit, the wranglers no only to well what went on and what happened, Karma will call one day
November 27, 2012 at 9:58 PM