Something Rotten in the Education System 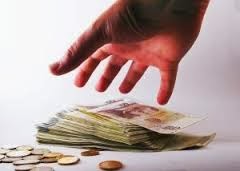 Ever since the beginning of the National led Government in 2008 there has been a history of close scrutiny of those who have very little and a blatant disregard of those in positions of responsibility. It was recently revealed that a mother had to re-verify that her son still had Downs Syndrome (a congenital condition) for a $60 a week allowance and yet Finance Minister Bill English thought it was perfectly reasonable to claim a $1000 a week housing allowance for living in his family home (other MPs are still taking advantage of this). If the Dominion Post hadn't exposed the expenses scam, English would have continued receiving the allowance and would have currently gained $260,000 (of taxpayer money) to live in his $1.2 million Wellington house.

The Government has decimated the public service through wide spread cuts across many departments and Ministries, resulting in the loss of over 3,500 jobs. There has been concern that many of the cuts were done in an arbitrary manner and there are numerous situations where institutions have struggled due to staff shortages and loss of institutional knowledge. Obviously the one that has affected my own sector the most is the Novopay debacle, but there have also been many breaches of security and examples of failing services in other sectors.

While job cuts have cost the Government almost $9.5 million in redundancies, there has been a remarkable increase in expenditure on consultants ($125 million in 2012). It appears that cutting the numbers of state servants has been more important than cost savings and the consultants who have filled the numerous gaps created appear to have tapped into a gravy train where their expenses are rarely questioned. There also seems to be a sort of consultancy club where those personally connected to Government Ministers are favoured and where hundreds of dollars of restaurant and bar charges are included in fees.

The same thing seems to be happening in Education where it is becoming more common for limited statutory managers and commissioners to take over the management of schools where they are seen to be failing or not supporting Government policy. Limited Statutory Managers (LSMs) and commissioners are put into a school for a fixed term to help a school return to strong self management and LSMs have to be paid from the school's own funds.

New Zealand Principal Federation and NZEI are concerned about system abuses where commissioners and LSMs are charging exorbitant sums for their services and remaining in positions longer than necessary. The commissioner responsible for Moerewa School has been paid $1000 an hour and claimed expenses of $53,000 for overseeing a school with a prior history of good management for largely political reasons. It has also been revealed that the same commissioner, Mr Eru, is being paid $50,000 a year to run a South Auckland school at the same time. There there appears to be little oversight of these commissioners to ensure they are doing the work they have been employed to do and they seem to determine themselves how long they need to remain in the role.

An Invercargill school has had an LSM in place because of past employment issues and it so happens that the principal has been a strong opponent of the introduction of National Standards. The school has had to pay for the services of the LSM themselves and the board began to have some concerns about the quality of support and the expenses they were expected to pay. The board (who have always supported the principal) resigned so that a commissioner would be employed who would then be paid by the Ministry of Education. The LSM immediately suspended the principal, with minimum consultation, and it has been revealed the same individual was involved with the sacking of another principal that was later found by the Employment Relations Authority to be "procedurally, and possibly substantially unjustified" (the principal was reinstated).

Every dollar has high value in any school for meeting the needs of students and fundraising and cake stalls have a vital part to play for covering the costs of basic equipment. Support staff and teacher aids, who work with our most vulnerable children (and make up around 30% of all school staff) have amongst the worst working conditions and pay of any New Zealand employee. Despite the concerns over funding shortages, and stretching the education dollar to meet demands, we have an element within the system where there is little oversight of both performance and expenses. Something rotten?

bsprout said…
I guess you probably can, Shane. Home schooling is still and option and my daughter is completing her last year of secondary school at home, but I guess the correspondence school is still effectively part of the system.

There is always the problem that if we didn't have a comprehensive public school system, the rich would always be able to pay for better schooling than those in less affluent communities. Even though we have tried to make an equitable system high decile schools still are better of by about $1,000 a student per year than a low decile one.
November 12, 2013 at 8:25 PM

I bet they pay for better health care too.