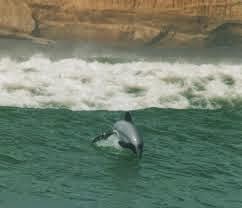 As the weeks rapidly rush towards September 20 the campaign is heating up. There is a sense of desperation coming from many parties, especially the smaller ones on the right. ACT is only managing to stand 16 candidates in electorates and United Future has only 11 (when I last checked on Wikipedia), both are unable to get much above 1% in polls. The Maori Party is also struggling with the retirement of their iconic leaders and Te Ururoa Flavell is still trying to establish himself in the leadership role.

The strongest minor party on the right in terms of candidates and organisation is the Conservative Party. Colin Craig is largely financing the party himself and the party has managed to cover 36 electorates with candidates, which makes them the fourth largest party based on numbers. Despite the Conservatives having the most potential on the right, John Key is determined to designate them as the last cab on the rank for any possible coalition. New Zealand is becoming an increasingly liberal society (less than half of all New Zealanders are now associated with a Christian faith) and the Conservatives' policies tend to lean towards Christian fundamentalist views. The conservative Christian vote is a shrinking one and because National is wanting broad appeal it is reluctant to be trapped into that connection.

The National Party itself is rapidly losing its popularity and high standing in the polls. The Party lacks a clear vision for the future other than a continuation of their same approach. The party's reliance on milk powder and logs and market forces to bring prosperity is looking increasingly shaky. The National Party is putting all their money on the popularity of their leader to carry them through and Team Key fronts a campaign of personality rather than substantive policy. Any policy releases seem to be intentionally looking for easy votes rather than part of any clear strategy, for instance; after gutting the funding of regional roads National is relying on short memories by giving some of it back in some popular local projects.

National's focus on John Key (while playing their only obvious strength) has also meant any negative feelings towards the party has been channelled towards him and has increased the focus on personality and personal attacks. John Key has become the face of the National Party and consequently the burning effigy and the f**k John Key chant are symptomatic of the personality politics arena where they have intentionally placed themselves.

National must accept much of the responsibility for the descent into personality politics because they have had a deliberate tactic to continuously question the credibility of the opposition leaders. Despite some very poor performances from a number of their Ministers this year, National has often been able to divert media attention to any misstep from Cunliffe, no matter how minor. Casting stones in this way must inevitably result in some splash back and I struggle to feel any sympathy when National supporters scream foul when they receive a taste of their own medicine.

The National Party's attempt to demonise Dotcom and the Internet Party has probably had the opposite effect than intended on many youth (who have suffered considerably under this government) and in IP they are finding an exciting avenue to vent their anger and frustration. For all that, the Internet Party does appear to be more of a novelty than a growing movement, the crowd it attracted in Invercargill seemed to be there more out of curiosity than anything else.

New Zealand First is vulnerable too, Winston Peters is prepared to grab any single issue that he can benefit from, but his impulsive style can also catch him 'Wong footed'. New Zealand First is still a one man band and and Winston's absence from Parliament for a time revealed the lack of depth in his team and how much the party rely on him for their public profile. This election could very well be the last for the party as an influential political force.

Labour and Cunliffe have come through the rugged process of a change in leadership and rebuilding the party. National's constant attacks have meant Labour has often come across more defensive than an effective opposition. Despite having a shaky start Cunliffe is gradually finding his feet and his party are gaining more credibility as their policies roll out and their organisation gathers momentum.

The Green Party has deliberately avoided getting involved in the sort of reactionary politics that most other parties have been engaging in. The Greens' campaign was put into place some time ago and plans and strategies are being followed in a disciplined manner that is beginning to earn respect. The Greens again have coherent election messaging. In 2011 it was "Rivers, Jobs, Kids" and this time it's,  "A cleaner environment, a fairer society and a smarter economy". While a little more of a mouthful for candidates there has been a steady roll out of policy that hang from these three themes.

Each election policy being released by the Greens is achievable, well costed and will produce wide ranging benefits. Those published so far have been well received by a range of related sectors and even past critics of the Greens are grudgingly recognizing the logic and research behind them.

The Greens' billboards take a bit of engagement and have a harder edge than previous years. The theme "Love New Zealand" appears on all, but the images behind them reflect damage and suffering. The messages are directed at voters who care about the environment, good jobs and ending child poverty. The Green Party has a clearly articulated vision for the future, has many achievable policies and proven, stable leadership. The Party is looking more than ready for being an influential part of the next progressive Government. 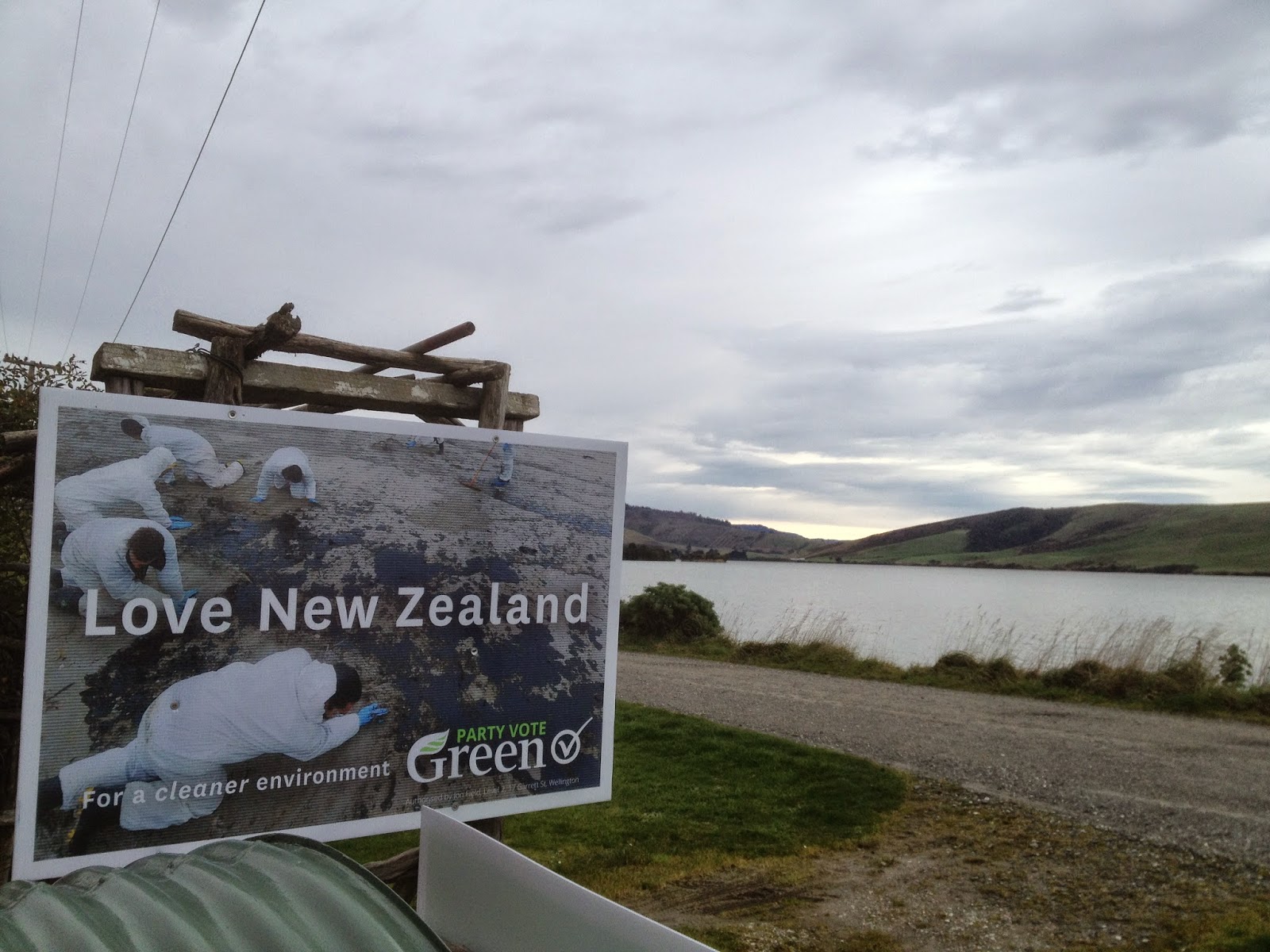 I am looking forward to attending our national campaign launch this weekend and riding the Green wave of exciting policy releases to September 20!

Keeping Stock said…
You'll be glad that the Greens don't have any candidates like Labour's chap in Rangitata then Dave ;-)
August 13, 2014 at 7:15 AM

bsprout said…
KS, all parties have candidates that stuff up at some stage, some are good ones who make the occasional gaff and there some who probably shouldn't have survived the party vetting process. I guess the bottom line is how mistakes are managed by parties and how much we time we want to devote to negative politics. The Labour Rangitata candidate is well down their list, his error noted, let's move on.

I am much more concerned about the fact that 80% of those dealing with ACC feel dissatisfied with their service and the growing numbers of New Zealanders on moderate incomes who can't afford their own home.
August 13, 2014 at 9:29 AM