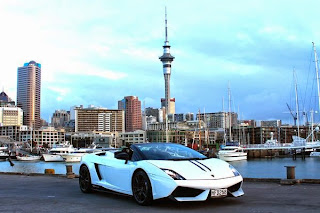 Inequality in New Zealand has now reached extremes that would have been thought unbelievable forty to fifty years ago. I remember holidaying in Queenstown as a child and youth in the late sixties and early seventies. Bankers, teachers, farmers and freezing workers would be holidaying side by side in camping grounds or in basic baches, comparing outboard motors on their boats and swapping fishing stories. The differences in income between the working class, professionals and business people didn't appear to be that great and most children just attended their closest school, as most public schools were considered relatively equal educationally. One income was all that was necessary to comfortably support a family.

Bill Richardson was one of Invercargill's richest men but his home was not much different from many others in Invercargill. Bill's wealth was realised in his truck museum and community involvement rather than his lifestyle. Most families in the sixties and seventies lived in their own homes and many could afford to build them. Generally speaking New Zealand was a fairly egalitarian society, family incomes and aspirations were similar for most.

New Zealand has changed. We now have an easily identifiable privileged class (the top 10%) with a lifestyle and influence dramatically different from most other New Zealanders. Their homes are palatial and they live separate lives and in separate communities. Their children go to elite schools that capture more than their share of Government funding. Most of them own multiple properties and increase their wealth through untaxed capital gain. Many Government Ministers come from the same privileged class and those moving through the ranks of the National Party are accustomed to lavish lifestyles.

The median household income is under $70,000 and a family with two children earning this can only afford a mortgage of $297,000 according to the ANZ calculator. Considering the median house price in Auckland is now $720,000 and the national median is $415,000, few families can realistically expect to buy their own home as most did a couple of generations ago. Even renting is now a strain for many without support and 52% of households in Decile 1 school communities are overcrowded. Homeownership levels have now dropped below 50% and are still declining.

I have already written about the poor distribution of wealth within our country by using Invercargill as an example. The Southland region earns 12% of our nation's export income while making up only 3% of our population. Despite this wealth creation the median annual income in Invercargill is under $28,000.

The Government claims that the best way to lift families out of poverty is through jobs and yet 95% of New Zealanders are already employed and 43% have claimed that their income was either just enough or not enough to cover everyday needs. The majority of those seeking food parcel assistance are working families and the working poor is a growing demographic in New Zealand. Budget advisors claim that many families now have to use 60-65% of their income to cover rent and there is little left for other essentials.

There is much less job security than in the 60s and the forty hour week has become a rough guide only and more New Zealanders than in most OECD countries go beyond fifty hours. Around 10% of workers at the other end want more hours and feel underemployed. Zero hour contracts have proliferated and only became an issue after a sustained effort from unions and Campbell Live to expose the cruelty behind them. Casualisation of work is increasing, where sick leave, holidays and other employee entitlements don't apply. There has also been a slow response to address the vulnerability and monitoring of our growing numbers of migrant workers, who often earn well below the minimum wage. The employment law balance has been tipped to dramatically favour employers and even meal breaks have become negotiable. 80% of workers are not members of a union and employers can now remove themselves from negotiating collective agreements.

There is no will within this Government to really address inequality. House prices are being allowed to increase to support the capital gains of the elite, wage increases are being kept to a minimum to support company profits and educational advantages that the wealthy already enjoy are supported further. While the richest New Zealanders have seen their wealth increase between 10 to 30% each year since 20011 (even Government CEOs can expect similar increases), most families are seeing their dreams of home ownership and financial security shift further and further beyond their reach. In trying to obtain the holy grail of a budget surplus it is ordinary New Zealanders, not those with the greatest wealth, who have had to tighten their belts to obtain it. The rich had their taxes cut.

It is now supported by research that wealth reduces empathy and this is certainly true of this Government. I would go as far as to say that they actively discourage any possibility of gaining empathy and are more likely to blame the poor for their circumstances. When Metiria Turei questioned the Governments level of empathy for the poor she found herself under personal attack. The level of denial from this Government is incredible. There is a determined refusal to really measure poverty and appreciate the extent ordinary families are struggling. When Key was challenged about the number of school children who arrived at school with no food he organised phone calls to a handful of schools to cover his position rather than use the readily available data from Kidscan. While $9.5 million has been budgeted to feed hungry children, around $30 million will be spent on deciding what flag we should have. Those debating tactics and budget decisions exemplify the level of commitment that the Government places on addressing poverty and inequality.

We have had over six years of a National led Government and the wealthy elite are calling the shots. They do not want an economy that serves all New Zealanders, nor one that creates a sustainable future for the following generations, they want to protect their unfettered growing wealth. Greed, not altruism, is behind the most crucial economic decisions and an active denial of what is really happening to this country enables that greed to prosper.