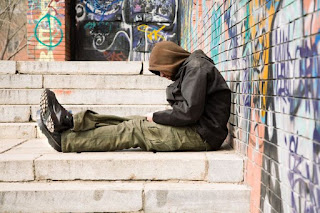 The National Government has a philosophy of reducing government and increasing privatisation. It has attempted to cut 30,000 jobs from the state sector, introduced Charter Schools, private prisons, PPPs and has sold off state assets. None have been supported by evidence, research or consultation, it is pure ideology and a cancer to our public services.

The Government's determination to deliver an improved public service by setting targets, shifting contracts to NGOs and the private sector does not bear close scrutiny. Shifting what were Government services to private providers and NGOs has proved problematic when the budget to provide the services is reduced to a level well below the previous costs to manage them. The Government's belief that others can provide quality public services more cheaply has had setbacks when Relationships Aotearoa had to close its doors due to serious funding shortfalls despite a long history of good performance.

After removing $25 million from the Ministry of Education budget, frontline workers in special needs were cut and the debacle of the Novopay payroll system occurred (costing $45 million to fix). While New Zealand's public education system was once the envy of the world it is rapidly dropping in international rankings and becoming more inequitable.

Ignoring widespread concern from the education sector, and no mandate from voters, five Charter Schools were approved (and funded well above state schools). The education profession questioned the wisdom of nonprofessionals leading the schools and using unregistered teachers. After eighteen months, and costing almost three times as much per student as state schools, the experiment has been a dismal failure. Te Pumanawa o te Wairua has constantly struggled to deliver a safe environment or acceptable teaching standards, despite lots of professional support. Rather than disestablish the 37 student school (it opened with 71) Hekia Parata has decided to provide even more funding to keep it going until at least the end of the year. The school will now cost the tax payer $45,000 per student compared to $7,500 for children in state schools.

Teachers in the state sector were also appalled by the Government's decision to bail out the 400 student Wanganui Collegiate private school by $3 million (against advice) when there was ample capacity to absorb the students in the neighbouring public schools. When children with special needs struggle to get enough support this generosity to support a few affluent students was unjustified.

Private prisons have a mixed record overseas. To maximise profits they are often run on minimal staffing and as little as possible spent on rehabilitation programmes. The Government gave Serco prison contracts despite its chequered reputation and struggling financial situation, and when the new Auckland South prison facility is full, the company will be responsible for 25% of New Zealand's prisoners.

What has been revealed in the Serco managed Mt Eden prison is similar to what has occurred in its other facilities, minimal levels of inadequately trained staff and poor management of the detainees. Many injuries and even a riot appear to have gone unreported as such incidents incur penalties. Serco has already had to pay out $300,000 for such things as insufficient staffing, mixing accused prisoners with other prisoners, minimum entitlements and incident notification.

When at least 1 in 120 New Zealanders are homeless or housing deprived and children and adults are ill and dying because of damp, overcrowded and unhealthy houses the Government has decided that it no longer wants the responsibility of social housing and has started  a programme of selling them off. This is despite the low standard of many private rentals and the reluctance of other organisations to take them on.

The National Party does not understand the ethos of public service, it can never be managed by arbitrary budgets and targets or narrow contracts. Most who work in the public sector do not do the work for money alone and financial incentives just corrupt the professional ethics that many are used to operating under. When ACC staff had financial rewards for reducing the number of long term claimants they ceased working in the best interests of the individuals concerned.

Most of our public services exist to support a properly functioning society full of healthy, well housed and educated people. There are not just humanitarian reasons for providing these services, but economic ones too. It is a financial drain on our health systems when thousands of children present to our hospitals with respiratory illnesses due to poor housing and there is a cost to businesses when workers call in sick or are off work for long periods because of a poorly resolved injury.

Providing social services can never be considered something that the private sector can do well. A good business must make a profit and return dividends to shareholders. This means that if a government has a set budget for a particular service all of that money can be directed to service delivery while in the state sector. If the same amount is paid to the private sector for doing the same thing (it is often less) then the necessary profit must be sucked out of wages or by cutting corners in delivery.

No developer or private company could provide social housing in the way the Government can, it won't have access to low interest loans or compete with the economies of scale. When state houses are not well maintained or their supporting services fail, it is not because governments are no good at providing good social housing, but because there is no will to do so.

We need to cut out the cancer of neoliberalism from our public service before it becomes a terminal condition!