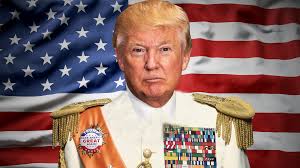 It is amazing how quickly expectations of what is 'normal' can change.

Southland has experienced one of the windiest and miserable Summers I can remember. Our farmers market has only had one day outside all Summer and even then the canopies were blown around by the wind and some stall holders were forced to seek shelter. Every day I wake up resigned to another day of wind and cloudy skies. I have almost forgotten our usual habit of dining outdoors most evenings over the summer months and enjoying our long twilight hours. Northland has experienced the opposite situation. The region is experiencing its fifth drought in eight years. Despite the fact that all of this has been predicted by NIWA as a consequence of climate change the current Government is determined to continue with business as usual and a soft approach in dealing with our emissions. The RMA still does not address climate change and the Emissions Treading Scheme still excludes major emitters. Extreme weather is the new normal both here and overseas.

Ten years ago homelessness was not too visible in our major cities and certainly not at the levels visible today. It is now estimated that around 40,000 New Zealanders are homeless (one in very 100) and that we have a shortage of 60,000 houses. The Government is refusing to call this a crisis even though the shortage is currently increasing by around 40 houses a day. Much of our existing housing stock is also substandard with many rental properties lacking in insulation and basic maintenance. Rheumatic Fever is a third world disease that is related to poor housing and overcrowding and this is a growing problem because the causes are not being addressed. Homeless street people are common overseas and Bill English is treating homelessness as unavoidable and normal here too.

I can remember teaching at a small rural school that regularly took its children down to the local river for a swim during the Summer months. There was no concern about water quality and children never suffered from swallowing the odd mouthful. The water was clear, Didymo was absent and the rapid dairy expansion hadn't begun in Southland. Safe wading, rather than swimming, is now the new bottom line for quality and few would think it is safe for their children to swim in their local river. Dirty rivers are the new normal for this country.

The United States has recently elected its 45th president. While the previous 44 have had different levels of success and support, most have treated the office with dignity and have been measured and polite in their public engagement. The United States Constitution was adopted 230 years ago and for the first time the elected President, Donald Trump, is openly challenging the authority of the judiciary. Trump's ill-considered tweets, obvious lies and clear conflicts of interest have dramatically changed the previous expectations of what presidential behaviour constitutes. Petulance and ignorance define the new normal emanating from the Oval Office.

Normalising anything that is unacceptable is dangerous, it lowers expectations and severely reduces any sense of urgency to put things right. It worries the hell out of me that my children will suffer the climatic consequences of ignoring major polluters; are unlikely to afford a home of their own; will never enjoy swimming in a pristine local river; and will have to endure the global consequences of a tyrant leading the world's most powerful nation. We must not accept the unacceptable as normal!