Greens Make a Difference in the South 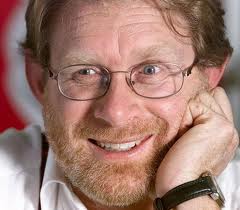 As long as the Green Party has existed there has been a strong relationship between the Party and the people of the South. When many parties are afraid to make a stand on a local issue, and local MPs appear to go into hiding, it is the Green MPs who have been the most conspicuous.

Rob Donald had been a passionate supporter of retaining provincial building societies and banks in local ownership and when an initiative to align a parliamentarian with business was instigated, Rod became an enthusiastic supporter of the SBS bid to remain independent. A member of the current board recently told me the high regard the board had for Rod regarding his advocacy on their behalf.

Rod was also prominent during Invercargill's disastrous schooling review. A combination of Trevor Mallard's rash statement regarding the viability of some secondary schools and poor process by the Ministry of Education caused the loss of the diversity in schooling that Invercargill once enjoyed. At one of the many fraught and heated public meetings Rod Donald was the only MP who questioned the process and spoke in support of proper transparency and community involvement.

With the rapid and poorly regulated expansion of dairying threatening the quality of our local rivers and the Waituna Lagoon it has been Russel Norman who has kayaked the water and spoken with local farmers and regional authorities. Russel has impressed all he has spoken to with his understanding, knowledge of the issues and his ability to listen.

The severe and often arbitrary cuts in home support by the local DHB and the media exposure of substandard care in elderly residential homes resulted in Sue Kedgley, and Labour's Winnie Laban, touring the country to collect information first hand. The 200 people who attended the Invercargill meeting emphasized the real concerns that existed and those in attendance were appreciative of the chance to be heard.

When over 400 people marched the Invercargill streets to protest against the mining of national parks the only MP to march in support was Kevin Hague. Kevin had cancelled an earlier engagement to be there and his speech at the conclusion was well received.

The mining of the Lignite near Mataura has become hugely controversial and Solid Energies slick promotion of the wealth that can be generated and the jobs that will result has been promoted with no regard to the concerns expressed by the Parliamentary Commissioner for the Environment in her recent report. While National has openly promoted the lignite mining, Labour has been noticeably silent on the issue and it was Green MP, Gareth Hughes, who took the time to visit the area and hear the views of local government and the Mataura Landcare Group.

Despite never actually being in government the handful of Green MPs have always had a strong local  presence and many Southlanders have benefited from Green initiatives such as home insulation, abolition of youth rates and improved waste management. The Green Party's work ethic and pragmatism has allowed us to achieve far more than believed possible and you can imagine that if we had double the current number of MPs elected, Southland should benefit even further.