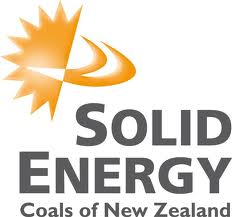 Solid Energy Chairman Mark Ford confirmed on National Radio this morning (Friday 22 Feb) that they are dropping the lignite projects in Southland. This was welcomed by all of us who have fought a long campaign against a very aggressive company with our limited financial resources. While international markets played a significant part in this decision, it does seem odd that they would invest $29 million in the pilot briquetting plant when they had no buyers for the product and it provided few jobs.

Don Elder has become another statistic in a line of Government appointed CEO's who have been found wanting in their governance. We have found with the dire financial situation of Solid Energy how the governance culture that National has encouraged, has serious flaws. This company paid huge salaries and bonuses to its CEO and managers while treating those who worked on the coalface of the industry with some disdain. Governance decisions in the company were based on an ideology that was from a past era of fossil fuel dominance and ignored the global shift to more sustainable ways of operating. In attempting to access the lignite in Southland, Solid Energy also ignored the Commissioner for the Environment, Dr Jan Wright, whose report strongly advised against mining this low value energy source.

The National Government sought to model our economy on Australia's, where coal had provided considerable wealth, and ignored the fact that the industry was unsustainable and had a limited life. John Key's experience as money trader has limited his vision to always going for quick profits and lining your pockets while you can. This boom and bust philosophy only works for those on the top who ensure that they retain the money made during the profitable times then get out quickly when things turn to custard. Don Elder abandoned the sinking ship he had captained with his bonuses in his pockets leaving staff and workers to make what they can of the wreck that remains.

Southland has been lucky that the Solid Energy ship sank before it was able to berth in our region. We could have ended up like the many destroyed rural communities in Australia and the US, where coal mining has not only permanently damaged the local environment but destroyed local communities as well. Our region can now concentrate on developing a more sustainable future along the lines recommended by the BERL report. 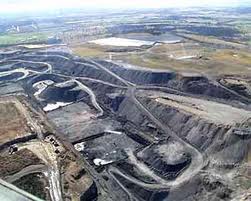 PM of NZ said…
Southland will be the long term loser.

In my view some may celebrate appearing to have won this battle on a technicality but they will lose the war as the economy continues down the drain.

God help New Zealand should rabid greenies with their ban everything mentality ever get into power.
February 22, 2013 at 4:48 PM

bsprout said…
PM of NZ-I think you must also live on Planet Key because anyone who would think the likes of Don Elder, Hekia Parata, Gerry Brownlee and John Key are leading us to the promised land are living in a fantasy world.

When I watch parliament I see Green MPs putting forward logical and educated arguments. I see Kevin Hague offering to help Judith Collins fix the mess made with ACC, I see Russel Norman patiently explaining the finer points of modern economic theory, Julie Ann Genter explaining to Gerry what an uneconomic motorway looks like, Catherine Delahunty and Metiria seeking support from the speaker for a translation on the latest answer from the evasive Parata, Kennedy Graham seeking an explanation why the Government is stopping environmental reporting, Eugenie Sage asking why Canterbury has lost their democratic rights...

"Rabid" is a description more fitting for National as they stubbornly push on with mad scheme after mad scheme (against all advice) and blaming everyone but themselves for the messes they are creating.

In fact the only initiative that has actually made a positive difference is the highly successful home insulation scheme... only that was a Green idea.

PM of NZ said…
Planet Key is far too left for my liking but at least they've got some experience in real world economics. Not that they get it right all the time as the perfect storm of external demand and rabid keep the coal in the hole nutters have assailed Solid Energy.

I do not like the redistributive methods of the left looking to tax the hell out of the productive. We've got to earn our keep somehow and using some of those resources is definitely the way to go.

robertguyton said…
PM, using the Mataura valley's most productive and sustainable resource - food production from farming, is indeed the way to go. Ruining that with the proposed-but-now-rejected open cast lignite mining, was a stupid idea from National and it's marvelous to see it sink so fast through its own mismanagement.
February 22, 2013 at 9:09 PM

PM of NZ said…
RG, food production from farming in New Zealand is buggered as the swivel eyed loons continually leer over the fence looking to seriously restrict all or any farming operations. In a few short years we will not able feed New Zealanders, let alone the world.

Hope you guys are happy watching the New Zealand economy tanking due to your efforts.
February 22, 2013 at 9:22 PM

Ha! Sunset industry, is it, PM?

bsprout said…
PM, Solid Energy claimed that the lignite industry they planned would have had a life of about 50 years. After they had dug up all the arable farm land and turned half of it into lakes (their plan), then what? It seems to me you are of the mine, drill and frack the country while the goings good brigade, then leave the mess for the following generation.

I hope you read the BERL report suggesting more sustainable options and there is also the potential of a silica smelter. Southland's silica is around 99% pure and this stuff is in greater demand and has higher value than lignite.

PM, you sound like a grumpy old man, do you have any solutions of your own or do you just like dumping on everyone else's ideas?