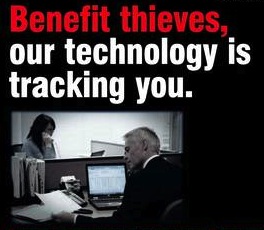 Obviously the best way to appear competent is just to do the job well and with this National Government there is only the occasional flicker of good sense coming through any decision. The most recent example of this was Nick Smith's determination to reject the Fiordland Tunnel proposal. Sadly this logical response to evidence and public concern from our Conservation Minister is a rare occurrence when blinkered ideology and backroom deals tend to dominate. This National led Government usually just creates an imaginary sense of proactive competence to hide their glaring inadequacies.

Hekia Parata has surprisingly withstood numerous revelations that she is out of step with the education sector she is responsible for and she has already had to reverse decisions to increase class sizes; close Salisbury School; and mandate the PaCT tool. The Chief Ombudsman's review of the Ministry's handling of the mergers and closures of Christchurch schools will probably expose more examples of poor process identified by an earlier report and Parata is desperate to create a diversion.

The release of the latest National Standards data provides the Minister with some figures she can use to hold over educators and create an illusion that she knows what she is talking about. Publishing levels of achievement in black and white and allowing comparisons like sports league tables make them very attractive to an ill-informed media. The fact that they do not represent anything like the easily quantified sports scores and are highly dubious in their accuracy is not generally acknowledged. It is likely that Parata will use this flawed data at every opportunity to question teacher performance and to justify more ideological change. A recent example of this is the Southland Times headlining article South's kids below target, figures show.

The documentation just released on the Sky City deal has created more doubts regarding the Government's decision making processes. John Key was forced to make the documents available to provide some transparency in a process that had previously lacked any. The ongoing pressure and scrutiny from the opposition had reached a point where revealing the truth behind the deal was going to be less damaging that the scenarios being created through supposition. It has been revealed that even Treasury expressed concern at both the viability of the convention centre and the wisdom of supporting the gambling industry.  To manage the damage and create another diversion the Government dealt the old "beneficiary bashing" card again.

Paula Bennett is far more effective than Parata at avoiding charges of incompetency and to do this she avoids measuring anything that could reveal the ineffectiveness of her policies. She and her departments can always be relied on to produce a useful diversion for herself or the Government with some new beneficiary bashing initiative or shocking revelation.  Benefit fraud always generates a stronger emotional response than tax fraud, even though the latter is a much bigger issue.

As with National Standards, few question the validity of benefit fraud statistics and the fact that what is often labelled as fraud is not at all. The Auditor General states in a report on benefit fraud:

"For the purposes of this report, we use the term ‘benefit fraud’ more widely, to include cases of substantiated overpayments, regardless of whether criminal prosecution resulted from investigation. Our focus was not on the outcome of investigations, but rather on the systems, policies, and procedures used in looking at matters that may or may not be ultimately proven to be fraud."

A genuine beneficiary was appalled to discover that an overpayment she had received was designated fraud even though she was innocent and had refunded the money immediately. She was told that she shouldn't worry about what was recorded because the staff knew the truth.

The media have again been sucked in by another smokescreen and diligently quoted the revelation that 3139 people paid more in tax than what their income as a beneficiary should have generated. We have no idea whether there is a reasonable explanation for many that have been prematurely labelled "welfare cheats". The ironic fact that they had actually paid their tax (unlike the wealthy tax avoiders) was also ignored.

Sadly the angst created by the idea that some people may be earning more in benefits than they deserve is much greater than the concern that the dodgy Sky City deal may cost the country millions in future compensation and cause hardship for thousands of people affected by problem gambling.

Brett said…
39 million of Benefit fraud is a trivial figure. The Government could save 9$mill a year just by fixing the overlaps in doctors visits of sickness beneficiaries who have to visit the doctors every 4 months and every 12 months. If the 12 month visit was combined with a 4 month visit, it would save millions.

bsprout said…
You are quite right, Brett, beneficiaries just provide a useful distraction. National love to throw around figures in the millions to create an illusion of big money, when often the figures are are actually chicken feed in the big scheme of things. They are happy to continue with the tax cuts they gave to the wealthy that cost us around $2 billion a year in lost revenue.
July 24, 2013 at 10:27 AM