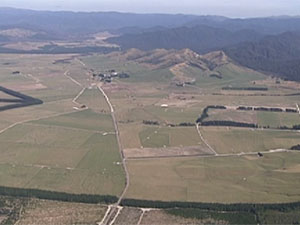 The Green and Labour policies that will restrict foreign ownership of New Zealand property has been attacked using many flawed arguments. The fact that much of these criticisms are being reported as if they have some substance is appalling.

I will try and expose the nonsense behind each:

This policy is part of a package of solutions, including a capital gains tax and was never considered as the sole solution. It is still an important, however.

2) It's a mad idea that no one would consider doing.

Australia has the very same policy and so do many other countries.

This is a total straw man. The Green Party has questioned the sale of land to any foreign interest, whether it be American, German or Asian. "Keeping it Kiwi" is about sovereignty and control, not race or culture.

4) The number of sales to foreign interests is so small that it could never be regarded as an issue.

3-4% of sales to foreign buyers at any one time is a misleading representation of the true effect.

Most foreign buyers will be buying much of our most expensive property. For instance the Crafar farms would be regarded as one sale and yet involved 16 farms, 8,000 ha and $200 million dollars. Solid Energy will be selling 8 farms and over 3,000 ha as one lot.

In the case of the Crafar farms, no New Zealand buyer could have afforded them. If the farms had to go to a NZ resident the price would have had to drop and perhaps sold as separate units. This would have made the properties accessible to local farmers and the land values would begin to reflect more realistic levels.

Also while percentages of sales to foreign owners in any given month or year may appear small but over ten years or more it becomes more substantial. Where will we be in twenty years time if we don't change our approach to ownership?

5) We need investment and this policy will stop the flow of investment capital into the country.

This policy will restrict foreign control of our land, however overseas investment is to be encouraged. This is already being done well around the country without ceding control to offshore interests. What we especially don't want is speculative investment that only exists to make quick profits for the offshore investor and lacks any long term commitment to our economic development.

This would be anti-demographic if it were true and demonstrates why free trade agreements (TPP) should be negotiated with greater transparency. We shouldn't be bullied into selling up our own land and properties to foreign investors. Our national sovereignty should not be negotiable.