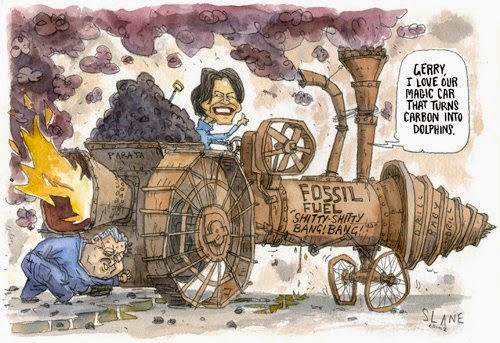 The development of new knowledge and technology is growing at a faster rate than ever before and successful businesses generally have to remain at the cutting edge of their industries to survive. We are now operating in a global, interconnected economy where new products are becoming available almost faster than consumers can track.

New Zealand invests around half as much into research and development than most OECD countries. Despite minimal backing Kiwi innovation still bubbles out of our inventive minds and attains global significance. Sumsung's latest Galaxy S6 smartphone has been made compatible to a wireless charger developed by the New Zealand Company Powerbyproxi and the revolutionary rocket technology developed by Rocket Lab is being backed by US aerospace giant, Lockheed Martin. With the increasing availability of 3D printing, product design and the place of manufacture will become more separated. Having the technology to manufacture something is worthless unless it has a useful product to produce, therefore the greater value is now in ideas and intellectual property. There is huge potential in earning income from innovative designs.

One would think when our country is leading the development of such cutting edge technology and new products, that our Government would be enthusiastic in protecting and enhancing them in our national interest, but it doesn't appear to be so.

If you look at where this Government is devoting the majority of its attention and funding, its conservative thinking appears to dominate. Future thinking is hard for our National Ministers, they appear to find comfort in what has worked in the past and would rather follow than lead. Fossil fuel and coal dominated past economic revolutions and contributed to the wealth of Australia and the US. Gerry Brownlee has promoted coal as sexy and Simon Bridges is devoting much of his energy to opening our conservation estate and territorial waters to mining and oil companies. Our largest investment in infrastructure is $12 billion into building new roads rather than putting the same energy into a second internet cable.

Sadly jumping into industries that have had their heyday is never a good idea. Money has been lost from encouraging Solid Energy's expansion of coal mining and the exploitation of Southland's lignite. The company sold off it's promising biofuel arm and was caught by the crash in coal prices (even China is investing in cleaner alternatives).

The Government is also wanting to expand our agricultural production beyond what is sustainable as its focus is on the raw commodities we are producing now rather than looking at the potential of adding value. This is just more evidence of conservative thinking when quantity is promoted above quality and innovation.

John Key and his caucus colleagues are so imbedded in the present and their close relationships with established industries that they are blind to what is possible in new technology and scientific developments. Ideology rather than evidence dominates their decisions which is why they see a conference centre in Auckland has more value (when the evidence shows otherwise) than supporting the local film industry that contributes to $3 billion in export revenue. The Green party identified the potential in designing computer games and game apps when revenue from these industries doubled to $80 million last year.

Around the country communities, regional authorities and businesses have often given up on expecting Government recognition for their future thinking and innovation. We are missing out on so much potential it is almost criminal. Invercargill's rocket tracking station has been operating under the Government's radar for some time and yet the satellite images available through its international partnerships could revolutionise farming and more effectively monitor our territorial waters from illegal fishing.

This Government's luddite thinking will cause our economy to whither with the fossil fueled industries and commodities it is predominantly tied to. When innovative design and intellectual property is attaining value greater than raw commodities I am fearful of what we may give away in this regard with the TPPA. We desperately need a future focused Government rather than the 'back to the future' one we currently have.

Christopherjames said…
It's a pity the current government's main focus is so narrow when there are great opportunities to be taken under their noses. SCION has been making leaps and bounds with biopolymers and other ways to steer our forestry in a more progressive and sustainable direction. Just needs a bit of a shift in the "business as usual" mindset to start making it happen.

bsprout said…
Good point, CJ, The Greens wanted to support research into building multistoried buildings using wood based materials. We have so much of it and it has a much lower carbon footprint than concrete and steel. Christchurch could have led innovative construction but the Government has decided to stick with traditional construction methods.
March 3, 2015 at 7:33 PM

Unknown said…
my friend heads the biopolymer division and they have to go offshore (minnesota? or some random place) to get someone prepared to invest in the machinery to make it commercially. Really? we can't do it here? so sad...Tracy L
March 25, 2015 at 10:17 PM