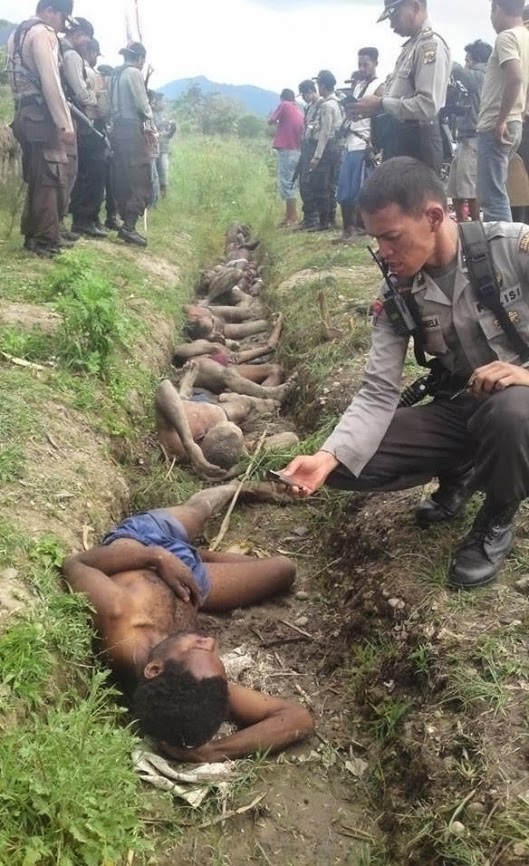 My grandfather on my mother's side fought in World War One and was gassed in France. He survived the war but never enjoyed robust health and struggled as a farmer. My grandmother lost her younger and only brother in WW2.  A great uncle on my father's side was considered a war hero in the Pacific Islands during WW2. Like most families in New Zealand I have strong family connections to both wars and while I feel it is important to remember the suffering and sacrifices involved, I didn't attend any of the 100 year ANZAC Commemoration services. I am concerned about a degree of manipulation of the history of our involvement in the Great Wars that unnecessarily glorifies our country's part in them.

There has been an element of the 100 year commemoration that has developed into a celebration of the disastrous Gallipoli campaign as the catalyst for creating a sense of nationhood that apparently cut us from Britain's apron strings. This has involved the creation of the ANZAC myth where our soldiers are supposed to have been much superior and more honourable than others within the allied forces or the enemy. It has become a sort of cultural heresy to question the reputation and glorification of the ANZACs to the extent that a sports reporter was sacked in Australia for expressing a counter view. Scott McIntyre's tweets were clearly challenging and poorly timed but made valid points.

Robert Graves mentioned in Good Bye to All That, his autobiographical account of the WW1, that the cruelest soldiers he had encountered were the ANZACs. While we hear endless stories of the bravery and noble acts of our soldiers, the drunken behaviour and looting etc that did actually occur rarely gets a mention and (as McIntyre found) woe betide anyone who does. There is also the shocking Surafend affair (December 10 1918) when three ANZAC brigades slaughtered up to 100 innocent Bedouins using bayonets and clubs in an act of misdirected revenge for the death of a New Zealand soldier. None of the soldiers involved were charged but compensation was paid to Palestinian authorities some years afterwards.

Both World Wars were essentially about determining the balance of global power and even later wars we have participated in, like Vietnam, were actually civil wars corrupted by the self interests of the major powers of the time. The on going conflicts in the Middle East are also essentially local disputes that have been blown into international conflicts because of fears that the balance of global power may change if we aren't involved. It is rarely about ensuring the best outcomes for the local people but ensuring that western powers remain in control. To justify military action in Vietnam, Afghanistan or Iraq the real threats of the conflicts are exaggerated. The enemy has to be demonised (weapons of mass destruction etc) and sides have to be established, "you're either with us or against us".

The ISIS beheadings are obviously abhorrent and worthy of condemnation but it is clearly hypocritical to use them as an excuse to send troops when at the same time negotiating a trade deal with Saudi Arabia, that also uses beheadings on a regular basis. I can't imagine us doing a trade deal with any country practicing apartheid now and yet similar discrimination against women is considered acceptable and Bronagh Key wore traditional robes to respect the Saudi's discriminatory culture. Saudi Arabia also subjects female rape victims to lashings and imprisonment rather than the male perpetrators, such is the level of discrimination.

It is also clear that what has mainly influenced Key's decision to send troops to Iraq is nothing about the actual situation or underlying cause of the conflict, but to show unity with the US and its ongoing need to maintain its global influence. The depth of Key's knowledge about the actual conflict was revealed when he was asked to name the leader of ISIS and he clearly had no idea and neither did the Australian Defence Minister. There is little independent foreign policy thinking coming out of New Zealand or Australia. In both WW1 and WW2 New Zealand blindly followed Britain and it appears this time we are at the beck and call of the United States.

Tony Abbot used the memories and mythology of the ANZACs to generate nationalistic support for sending troops to fight the Islamic State but the National Government isn't so sure that New Zealanders are as gullible and quietly deployed ours with no formal send off.

As in past wars, propaganda abounds: the enemy is evil to its core; we are on the side of freedom and right; the fate of the world is in our hands; we must join our allies (or "the Club") and make a stand! Harking back to sanitised former military glories to engender national pride and a unified resolve is also part of the strategy.

Our Government displays selective morality based on political and economic expediency. It throws its weight and financial support behind commemorating those lost in past wars but ignores Workers Memorial Day despite hundreds being killed and injured in work places here every year. It also largely ignores the atrocities and human rights records of countries we trade with like Indonesia and Sri Lanka. Our Government has turned a blind eye to the genocide of West Papuans and the state supported terrorism that is still occurring that has seen 500,000 Papuans killed. West Papua is within our geographical region and yet we are getting involved in a Middle East conflict instead. 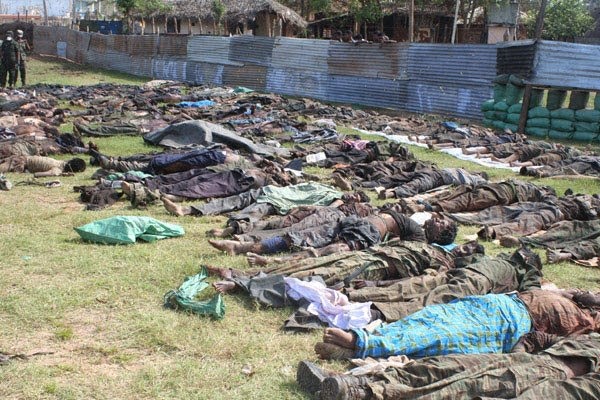 Top image is of recently killed West Papuans dropped into a drainage ditch for easy burial by Indonesian soldiers and the bottom image is of slaughtered Tamils.

bsprout said…
What an odd question, Ex Kiwi Soldier, after I made it very clear in the post that I think that the Islamic State's behaviour is abhorrent.