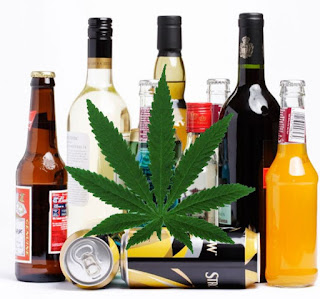 I think that the Green Party's policy on drug law reform makes sense to me, it is all about minimising harm and recognizing that any drug use can have negative effects, whether recreational, prescription, legal or illegal. The principles at the beginning of the policy are:

One of the most horrific examples of how our current drug laws are failing was seen in an article in the Northern Advocate yesterday, it involved a 38 year old mother of three and community leader. Kelly van Gaalan was a member of the Kaikohe-Hokianga Community Board, the chair of the Kaikohe Community Arts Council and the promotions manager for the Kaikohe Business Association. Van Gaalan's husband was subjected to a home invasion by three armed men last year and managed to escape to raise the alarm. When police arrived they discovered a bucket of dried cannabis that van Gaalan admitted was hers and that she knew was unlawful to possess. It was a quantity greater than the 28g allowed for personal use, so she was charged with possession for supply and was jailed for two years.

I am not going to defend the use of cannabis because I understand how it can have negative consequences, especially on teenagers, but I do think the sentence was out of all proportion to the crime. There is no sense nor purpose in removing van Gaalan from her family and the community she was obviously serving so well, especially when no victim was established.

It seems inconceivable that someone who is obviously of little risk to others, and had 32 unsolicited references to her good character (including from a former mayor, the school principal and local pastor), should be deemed too dangerous to remain in society. What she is guilty of is actually little different from having a drinks cabinet or home brewing beer and yet the state is prepared to spend over $90,000 a year to have her incarcerated.

Cannabis largely became illegal because of racist attitudes rather than it's intoxicating properties. Making it illegal was just a useful ploy by the US Government to manage a flood of Mexican immigrants escaping a civil war. Sadly both the US Government and ours learned little from the failures of alcohol prohibition and has continued a policy of criminalising cannabis users and suppliers. It has cost our police and justice systems millions of dollars to arrest, prosecute and imprison people when it made little difference to the numbers of users. New Zealand is ranked 9th in the world for cannabis use, almost 50% of us between the ages of 16 and 64 have used it at some time and around 1 in 7 will use it any year.

Random drug testing of workers and the testing of beneficiaries also had the unintended consequences of pushing people into the use of legal highs which caused far more dangerous behaviours and more harm than ordinary cannabis. What was intended to be for good ended up causing more harm yet again.

Van Gaalan has had her life, and that of her family's, negatively affected by a law that is unreasonable and thousands of others have experienced similar consequences for a crime where the convicted becomes the victim. Our laws should protect us from harm, not be the cause of harm. We need to change the law.

Unknown said…
Its a tough topic but I agree, jail does not solve a lot unless the person is a danger to another person. Part of growing up is to flex your elbows and challenge the norms and we would have all done it at sometime. I smoked for many years and it was only my Scottish ancestry that gave me the incentive to stop. Rodger Douglas increased the price from $2.40 to $2.75 overnight and that was for a packet of 25. Even more if you go back a bit further we handed out smokes to soldiers in WW2 and it always annoyed me that aged 78 my uncle was not allowed a smoke in hospital and had to be wheeled out into the grounds. Cultural change does and should happen but it should along with education and a fair dose of empathy.
Drugs are a curse and modern ones are so much more addictive and those in the shadows behind the drug trade care little for the damage they do.
But we send such mixed messages to our young people. Alcohol is acceptable even though it does more damage than any drug. caring for others is not that important anymore and you should look after No1. Society values are useless unless they are backed up with integrity and we certainly send some pretty mixed messages today.
August 5, 2015 at 5:36 PM

bsprout said…
I agree about the mixed messages, Philip, tax avoidance is not treated as seriously as it should even though we lose billions of potential revenue that could be saving lives in hospitals and supporting troubled kids through school. There are victims that result from a lack civic responsibility (not paying their share of tax) and yet those who use cannabis recreationally are only affecting themselves but are treated much more harshly. Crazy!
August 6, 2015 at 1:34 AM

Blair Anderson said…
I seriously question the oft over stated harms to youth. It is not at all clear these harms are as serious as often claimed. They certainly arent as prevalent as some would have us believe. While I did follow the link on the matter used to justify "the what about the kids" emotional response... but I see nothing about how prohibition is measured in manufacturing alienation from rule of law, elevating impediments to health promotion, creating mistrust and fostering 'othering' while stimulating a 'bling bling' culture it also inexplicable selects, indeed targets certain groups of youth folk over others and having done so punishes some groups more than others. Young people under 21 are genetically embued with bullshit meters. We should be much more careful as adults to stop lying to them.... or excusing ourselves when we do so pretending it is in their best interest.