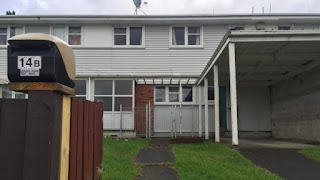 National MP Sarah Dowie continues to feed misinformation to the people in her Invercargill electorate. In a letter to the Southland Times (Sept 17) she brags about the money currently being spent on State Housing, claiming: "Last year the Government spent $398 million on maintenance and upgrades, which is 40 per cent more than the highest year under Labour." Dowie tries to justify the sucking of over $100 million a year in dividends from the struggling housing provider then later on claims: "This Government has tidied up the appalling state Housing New Zealand was in."

Letters from Gordon Davis and myself set the record straight today and I shifted the blame back on the National Party.

Sarah Dowie's Government has been in power for seven years and the availability of good quality, low cost and social housing has never been worse. There are thousands of families on Housing New Zealand’s urgent waiting lists, and at least 1 in every 120 New Zealanders are homeless according to the Salvation Army.


Ms Dowie’s Government was well informed by a report from the Department of Building and Housing in 2010 about the true state of housing in New Zealand and it chose not to act on that knowledge for many years.

Bill English has admitted that under his Government’s watch, state houses have been poorly maintained and $1.5 billion will be needed to bring them up to standard. Forcing HNZ to pay an annual dividend back to the Government coffers seems criminal in the light of this knowledge. The Government has effectively become the biggest slum landlord in the country, wringing profit from the most vulnerable.

Ms Dowie claimed that her Government spent more on maintenance in a single year than Labour, but neglects to explain that this represented a desperate catch up after many years of under-spending. She also conveniently avoids sharing the fact that Labour was focussed on building more houses.

Rather than bragging about the money currently being spent on housing, as she did in her letter (September 17) Ms Dowie should be apologising for the deaths and illness caused through housing neglect in the years before and the severe shortage of warm healthy homes now.

I hope she will also stand up for the people of her electorate and oppose the sale of Invercargill’s state housing.