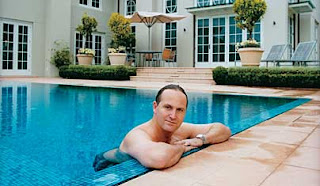 Leaders of other conservative governments look at John Key's continued popularity with envy. New Zealand's National Government has the same agenda as most other conservative governments and yet despite New Zealand's richest blatantly continuing to capture a greater share of the country's wealth and government services being increasingly reduced and privatised, the Prime Minister remains popular.

John Key's public persona has managed to capture populist elements that have made Donald Trump so successful but is moderated by a slick PR team and constant polling. The dismantling of our welfare state has been a gradual one but to get to our current point where livable wages are no longer considered reasonable and decent housing is not a human right, is quite an achievement.

John Key's government has managed to continue the work begun by Ruth Richardson and has obviously learned from Jenny Shipley's mistake of not ensuring public acceptance of drastic welfare change. Ruth Richardson's Mother of All Budgets is regarded as the most significant step in dismantling our welfare state. Drastically cutting welfare benefits was a deliberate strategy to drive down wage costs. It was Richardson's belief that maintaining unemployment at around 5% and keeping welfare payments low, workers would then be more likely to accept lower wages. Child poverty was around 8% pre 1991 but escalated to 15% by 1992. While there was some reduction under the previous Labour Government, with the introduction of the Working for Families tax credit, child poverty is now close to 30% in 2016.

The dismantling of labour laws in favour of individual contracts and limiting the number of collective agreements effectively destroyed the power of unions in the private sector to the extent that only 20% of our workforce is now unionised. The balance of power has been successfully shifted in favour of employers. There is now a pervasive belief that workers should be grateful for any employment opportunity (regardless of the conditions) and that demanding living wages and certainty of income will place unnecessary pressure on the economy. The fact that productivity has increased far faster than wages is an indication that the value of labour in achieving productivity gains is not being recognised. A large casualised workforce that is available on demand for minimal wages is the current industrial reality.

The subtle shift to a Government that spends more on corporate welfare than addressing social need has been hugely successful. We now have a growing demographic called the working poor that cannot survive without the support of Working for Families (WFF), an accommodation supplement and reliance on food parcels. The Government now spends more on subsidising wages and landord's incomes than it does on traditional welfare spending. In 2016 the combined spending to subsidise these two is likely to be around $6 billion. It is being left to NGOs like the Salvation Army and other charities to fill the gaps that were once the Government's responsibility. Food banks were largely unnecessary before 1991 and now they have become an essential institution for the survival of many, 150,000 parcels are being distributed annually. Those who need a safety net to manage unfortunate circumstances have to endure unnecessary stigmatisation and the embarrassment of asking for charity. Most want "a hand up" rather than a "hand out" as it is now perceived.

John Key's popularity continues despite growing evidence all around us that we have become an increasingly unequal society. Homelessness is very visible in our cities' streets, domestic violence is a growing problem (almost 300 callouts a day) and the health effects of child poverty causes 40-50,000 admissions to our hospitals every year. Our prison population is also growing, we are close to reaching 10,000 prisoners, which gives us one of the highest incarceration rates in the world (worse than Mexico). Our growing numbers of mental health sufferers are more likely to end up in a police cell than receiving support from underfunded health providers.

The Government clearly has a responsibility for child health, social housing and reducing criminal offending and yet John Key and his Ministers have enthusiastically used the blame game to shift that responsibility. It is suggested that child poverty is because of poor parenting, the lack of housing is because of local authorities not making land available to developers and better teaching will create more responsible, work ready citizens. This approach reduces the expectation that more Government spending is the answer and the Government's public service mantra of delivering more for less is the result.

New Zealand's working poor work in our rest homes, our early childhood centres, in our farms and our orchards. They are found in our fast food outlets, supermarkets, fish factories and clean our houses. Many are under-employed or work multiple part-time casual jobs to make ends meet. A large number of our poor are women and many are sole parents. They live in cars, garages or overcrowded, substandard houses. The majority of our poor are Maori and Pacifika or migrants on work visas. 30% of our children live in homes where incomes do not allow them to have their basic needs met. Most of these families feel powerless because livable wages are unobtainable and getting government support is often too difficult or takes too long, many give up.

The wealthy of New Zealand applaud Key's determination to keep taxes low and keep the property bubble inflated and donations to the party flow in from all those benefiting from limited market interference. "Facilitation payments" are now becoming common practice and business interests appreciate the easy access to the PM and his Ministers. Many in middle class New Zealand have also bought into the culture promoted by the wealthy champion of "middle New Zealand" Mike Hosking, suggesting that people create their own destinies and welfare just encourages dependency. Sadly this satirical send up of Hosking is not that dissimilar from his own or many views being publicly expressed.

Extreme wealth and poverty are now generally viewed as realities in New Zealand that must be tolerated rather than solved. The rich and middle class vote and the majority of our poor and migrant workers don't or can't. John Key's brilliance has been seen in his ability to keep the voting public onside as he creates a new New Zealand based on PR rather than fact. He may not have changed the flag, however his real legacy will be to create extreme inequality in a land of plenty.

NZ Robots said…
His real objective is to destroy the New Zealand economy completely and create the kind of conditions where the masses will be glad to accept an offer of membership into the New World Order. Remember that John Key is a puppet of the banking elite, aka the Illuminati.
May 26, 2016 at 12:01 AM