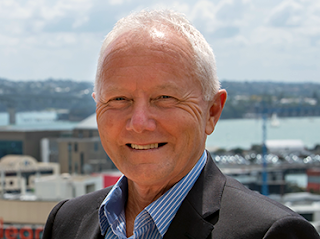 Michael Barnett, CEO of the Auckland Chamber of Commerce revealed a lot when he was quoted in a recent Stuff article on the Living Wage. Barnett claimed that the living wage was "subjective and artificial" and would make businesses go under. He believed that rather than councils paying their staff liveable incomes, they should just ensure low waged employees get "their full government welfare entitlements". His thoughts are widely held by the business sector, especially large corporates who benefit most from low wages, and such thinking deserves to be challenged.

The belief that market forces should determine the value of a job and what it is paid is flawed. Market forces should have some bearing on wages and salaries but to use this as the main determiner is open to manipulation and abuse. In fact the evidence and economics behind the living wage is far more objective and rational than the excuses used to pay CEOs their exorbitant salaries.

We currently have the case of the CEO of the NZ Super Fund receiving a 36% pay increase and this has come after a 22% increase two years earlier. The usual argument to support skyrocketing CEO salaries is that the huge increases are needed to meet the market and to attract the best. This assumes that high salaries do attract the best and that financial considerations, rather than the job itself, is a key factor in recruitment and retention. A Dominion editorial exposes the flaws in this thinking and it is my belief that anyone who will only do a job for a highly inflated salary may not be driven by the sort of philosophies and ethics we would want in the role. What difference does it really make to quality of life if one earned $1.2 million a year rather than $900,000 and what different skills and attributes would be expected from a CEO paid more than $400,000 per annum? Who is to say that within any business or government department that there aren't other managers working at a slightly lower level who couldn't step up and do the same job just as well, if given the opportunity.  There is little evidence that I have found that supports the view that paying high salaries secures good performance and the opposite appears to be the case.

The current trend is for CEOs and senior management to receive increases well above the rate of inflation and to keep a firm cap on the wages of those at the bottom. In New Zealand our largest corporation would have to be Fonterra and despite 100 of the company's managerial staff earning more than our Prime Minister (17 staff earn more than $1 million a year) the company has struggled recently. Interestingly the dairy industry as a whole is also known for many workers earning below the minimum wage and enduring possibly the worst working conditions in the country.

Michael Barnett would promote the idea that if someone was prepared to work in a rest home or clean toilets for $15.25 an hour (or $12.20 as a training wage) then that is the value of the work. This is a subjective view that does not account for the real effort and skill involved in any low waged job and is also shaped by an historical bias that undervalues work predominantly done by woman. Some recent legal judgments have challenged this workforce discrimination.

Since the National Government introduced the Employment Contracts Act in 1991 we have seen a gradual change in how employees are regarded and represented. Only 20% of the workforce is now unionised and there has been a huge growth in casualisation of work and zero hour contracts became common. This is reflective of the thinking that labour is just a commodity and ignores any humanitarian considerations of income security and how workers and their families should be valued.

When a farmer buys a new tractor they generally ensure it is well housed when not in use and is regularly serviced. Many dairy farmers now track the production and health of every cow to ensure optimum productivity. It is interesting that many of the same farmers do not have accurate employment records for their workers and make little effort to ensure their health and safety or that their pay meets their basic needs. Accessing the supply of willing workers from the Philippines is possibly less problematic than replacing a cow or machine and instances of slave labour in New Zealand are a growing concern. Viewing the worker as a commodity rather than a person is becoming increasingly entrenched.

It should also be noted that large corporates employ the majority of the minimum wage workforce: supermarkets, rest homes, fast food industry, cleaning... most of these businesses are very profitable and could easily afford higher wages. It is also important to recognise that New Zealand is now regarded as a low wage economy and that our productivity is well down in comparison to other OECD countries.

When Barnett claims that businesses will go under if they have to pay living wages, this is quickly disproved by the many small businesses that have found the opposite. The article I first linked to had a number of examples where small business owners found that paying their workers well brought huge benefits to their business and many other examples to support this can be found. The Warehouse is one larger corporate that discovered introducing the living wage has had a positive effect on its sustainability and profits.

New Zealand does not really have a social welfare problem, we have a corporate welfare problem. Tax cuts and grants get continually handed out to profitable companies, tax fraud costs us hundreds of millions and yet beneficiaries are chased down and imprisoned for relatively small sums. Compared to other OECD countries we have relatively low unemployment and yet at the same time we have increasing inequality as the top 10% of earners have seen their incomes steadily increase but most workers have not enjoyed the same. Wages have not increased with productivity gains and this means that the wealth our country collectively generates is not being shared fairly amongst those who contribute to it. Concerns of affordability can quickly be parried when a CEO's $200,000 bonus payment could provide 40 workers with a $5,000 pay increase instead.

The living wage is based on what is needed to pay for "the necessities of life and participate as an active citizen in the community." When housing, electricity, transport, food and education costs increase then so should wages. The living wage is not based on a random figure plucked from the air, but reflective of the real costs of living and thriving in New Zealand.

We now have the bizarre situation where Barnett and his mates actually believe that the Government should subsidise wages to support their profits. While the salaries of his mates spiral upwards, the cost to the Government of the Working for Families tax credit and the accommodation supplement is probably around $5 billion per annum. Denying workers discretionary spending power also deprives the domestic economy. The growing number of families needing food parcels and income support means they are spending less in their local shops. Our current level of corporate welfare is unaffordable and (for the good of our country, our economy and our future) we should begin a weaning process immediately!

dwnats said…
The corporates pay less tax than the lower and middle class, so total lop-sided viewpoint, letting the poor/middle pay for the poorer, at the benefit of the wealthy. --As this rip-off agent speaks.

KjT said…
Small businesses would be much better off if businesses all paid higher wages.

Employees are also customers!
Especially as a lot of minimum wage businesses are large corporates, that remove all their profits from the community.
February 23, 2017 at 9:14 AM

Unknown said…
not only from the community ,the money extracted from the community and in wages not paid are often shifted overseas where the real owners of many of the businesses here live and are from. For example my buddy just got fired from cadburys and is now going to work for a Chinese owned dairy company in Oamaru.(not sure who owns cadburys but they are not from NZ). Does anyone from NZ still own any capital producing plants or factories or farms any more?maybe a UBI for us paid for by a tax on companies making remittances home would be a good idea as many of us are feeling like tenants in our own land.
February 23, 2017 at 10:35 AM

bsprout said…
Some good points being made and one of the strongest arguments for me is that an increase to the pay of low waged workers is more likely to be spent in the local economy, supporting local businesses. The bonuses paid to CEOs are more likely to go on things like foreign cars or another investment property that do not really support the economy in a helpful way.
February 23, 2017 at 11:33 AM

Taking taxes from businesses which do pay a living wage, and their employees, to subsidise businesses which will not pay the full costs of the resources they use. Not even good capitalism.
February 24, 2017 at 12:10 PM