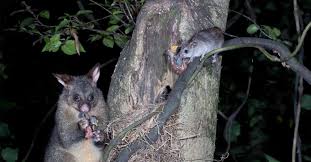 Metiria Turei challenged the National Government's woeful funding of the Department of Conservation and claimed that since 2008 there had been a cut in real terms of $422 million dollars. This concern was expressed in the context of Environment Commissioner Jan Wright's recent report that stated that 80% of New Zealand's native bird species were in bad shape and 35% were in serious trouble (close to extinction). Some populations are so small that grandparents are forced to mate with grandchildren and inbreeding within many populations is a major concern.

True to form, Maggie Barry resorted to a personal attack:

"I guess because the member has never been anywhere near Government she doesn't understand very much about the budget process. The increase in spending in DoC is at $107 million dollars this year, it has been a 20% increase since 2008. The member's wilful misrepresentation of the figures is pretty pathetic, even by that member's standards."

While it must be acknowledged that the Government is embarking on a limited pest eradication programme, this should be regarded in the context of cuts and severe underfunding over previous years. It is the Minister of Conservation who is misrepresenting the facts as Kevin Hague found out in 2016 through Parliamentary Library research.

The following can easily be found through simple Google searches:

Under a National Government the Department of Conservation's focus has shifted from the conservation of our natural environments and indigenous species for "posterity" to managing our conservation estate for "prosperity". The cumulative result of a much reduced workforce and having to cut back conservation programmes over nine years cannot be rectified by small increase at the end. Maggie Barry is crowing about the $107 million extra funding but the bulk of it will be spent on increasing tourism capacity in our conservation estate while the preservation of our indigenous species gets a paltry amount. To put this in perspective: there is $21 million over four years of new funding to save our endangered birds and in the same budget $303 million was set aside to support the film industry, which often uses our natural environments for backdrops (and to attract more tourists).

It is our wonderful natural capital that attracts tourists, but National has a long history of supporting unsustainable, extractive industries and has even opened up large conservation areas for that to happen. Maggie Barry and her Government would rather invest in exploiting our conservation estate for quick profit than ensuring our unique indigenous species survive. The volume of tourist numbers is more important to the Government than the quality of their experience. New Zealand now has more extinct and endangered birds than any other country and Maggie Barry has done little to change that.