Metiria Turei, the price of boldness 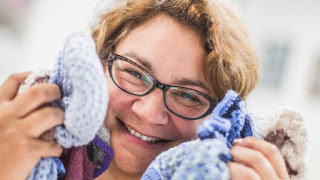 I have been a bit stunned and emotional since Metiria's resignation. I was surprised at the extent of the impact it has had on me and I think many other Green Party members feel the same.

It was hard enough reading and listening to all false narratives about Metiria's motivations and integrity and her resignation had a similar affect on me as if I had received the news that a close family member had terminal cancer. Metiria obviously isn't suffering from a terminal illness but her political persona has had to endure some pretty heavy hits until the impacts on her family could no longer be endured. This is the end of her political life as a Green MP and I am really upset that this is how it had to happen.

Some commentators will say that Metiria brought it upon herself, she put herself forward to lead the Party and she was the one who openly admitted benefit fraud. Of course an element of this is true, but the level of scrutiny and political attack she has had to endure has bordered on hysterical, often hypocritical and was becoming increasingly personal.

Metiria is not motivated by self-interest or personal gain and her life has been dominated by service. I just don't get why people think that she owes anything to the state, even after receiving more than she was entitled to as a young mother. The whole intent of the DPB was to ensure both the mother and child had enough to live on and that future employment and community contribution will be a likely outcome.

Surely Metiria's law degree, her work in commercial law and her 15 years in Parliament as a hard working MP and party leader must have more than repaid the initial investment. Although falsely claimed over 20 years ago (as many did), it would pretty churlish at this point to say that the estimated $7,000 or so she probably owes was major fraud. She has been willing to pay back whatever is determined as her debt. Metiria's successful campaign to have all MPs expenses be publicly available has saved many times more what she could owe. Metiria's own expenses, as a party leader, are pretty modest compared to what many low ranked MPs spent in the last quarter. A good portion of Metiria's income is channelled back into the party.

For the likes of Donald Trump and many other politicians, a high level of ego or narcissism protects them from any criticism. Metiria has a high level of personal drive and strong work ethic. Moving from being a young Maori sole parent (with no qualifications) to becoming a lawyer and leader of a political party before she was 40 was a considerable achievement. However, narcissism is not something Metiria suffers from, she constantly worried that her performance was good enough as the leader of the party and dressing for the role came from a modest wardrobe (despite the nasty charges from Government MPs). She lives a lively and publicly engaged, but hardly extravagant life style.

Andrew Little stood down as leader of the Labour Party because he felt his leadership was damaging his Party's campaign and one of the reasons Metiria stepped down (other than family ones) was because she realised that her personal story was dominating the news, rather than the plight of the poor as she intended. Politics in New Zealand is brutal (as it is anywhere) and I feel we have lost two 'good' leaders from the left in quick succession because presentation and perception is valued more than substance. While I do greatly admire Jacinda's performance as a leader (I do believe she will make a great Prime Minister), we have shifted to a political culture where party leaders have to present a 'celebrity' image to be truly successful. New Zealanders now demand charismatic stars over solid and principled performers.

Most columnists and critics don't know Metiria as I know her:
In her maiden speech as a 32 year old, Metiria described clearly who she was and what motivated her as a new MP:


I grew up in a working-class Maori family, and we were poor. But I was most deeply affected in my childhood by my parents, who shared, without question, their meagre resources with many of our friends and family. This sharing was the exercise of our Maori familial values, best expressed as whanaungatanga, where the whole whanau cared for and took responsibility for all its members. Like many Maori, I grew up with this sharing as a fundamental expression of my Maori self.

But I also grew up in a racist society, where the expression of Maori values is considered a failure to cope in a modern society. The notion that a Western-styled, two-parent family unit is the only cornerstone of a decent society is an example. That notion is a racist one. The expression by Maori of our values, like whanaungatanga, is undermined by the perpetuation of such notions. To be a Maori in this society is to be revolutionary by mere existence. My politicisation, my subversiveness, was grounded in my living my life as a Maori.

...I accept that some may argue that what I have outlined is not transformation but reformation-mere tinkering-but this is not a compromise. It is not complacency. It is a strategy. We empower individuals; we strengthen and support families; we build communities; we politicise the populace; and, as in my case, perhaps, we infiltrate the power structures. Finally, in my own journey of empowerment, politicisation, and subversiveness, I have found myself a member of the establishment, but not now, nor ever, its advocate. Tena koutou, tena koutou, kia ora koutou katoa.
We can best honour Metiria's work and political career by ensuring that her campaign to end poverty does not finish with her resignation, but continues with renewed energy. The 300,000 New Zealand children living in income deprived households and the 90,000 children experiencing severe poverty and material hardship need us to make that commitment.

Metiria entered Parliament to represent and advocate for the disenfranchised and speak truth to power, in this she remained determined and consistent for 15 difficult years in opposition as an MP and eight of them as Co-leader.