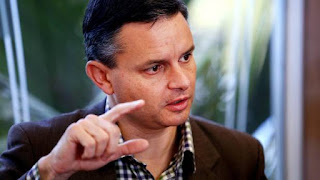 Green Party leader James Shaw is advocating for greater transparency around political donations and wanting to expose potential conflicts of interest. Some years ago Metiria Turei managed to open MP expenses to public scrutiny and it is likely that this has saved the country millions when the spotlight was shifted to the use of public funds by our elected representatives. The Sunday Times has revealed that the two major parties manage to keep the names of around 80% of their major donors secret and New Zealand First refuses to reveal any of theirs.

It is generally understood that the United States political system has been corrupted by money. Few candidates for any elected position can run a successful campaign without significant funding and major donors generally expect a return on their investment. The influence of big donors and corporate funds enables legislation that often impacts negatively on the wider population. This system has led to processed tomato sauce being regarded as a vegetable for school lunches and the wealthiest businesses receiving government subsidies. I believe that New Zealand is now becoming similar to the US with regards to the impacts of money.

There are so many examples of both National and Labour governments favouring the wishes of large corporates and rich individuals over ordinary New Zealanders and it is very probable that most are secret donors:

If all donations over $1,000 had to be publicly listed then it would clearly show where a party's support base comes from and who may have influence over any Government. The ideal funding system for elections would be through tax revenue (it already is for TV advertising) and that would remove the potential of private donors and big business from having an undue influence. Sadly, given the general distrust of politicians (despite their influence on our lives), we are left with a political system that is increasingly resembling the US in terms of funding practice. The power of money trumps evidence when formulating policy and prioritising spending.

Until our elections are fully government funded then at least we should have greater donor transparency. It is important that the Green Party has a strong influence on any future government because of the party's track record on transparency and good process. A party vote to the Greens is insurance that even Labour won't be unduly influenced by its major donors.