Reform and Rehabilitation Worth the Investment 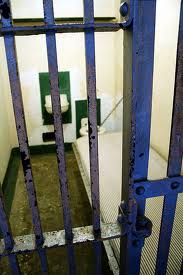 It seems to me that many of the costs that our government and tax payers have to shoulder are due to poor investments in areas that would save money in the short and long term. Spending on early childhood education is one area of investment that I have promoted previously in this blog. This is obviously too much of a long term investment for this government to consider as the benefits would take at least ten years to fully come into effect. David Lomas' article in the latest Listener titled "Senseless Sentencing" highlights an area that would show an immediate return to an investment that members of this government have actually identified themselves, prisoner rehabilitation.

We currently spend about $92,000 per annum on each prisoner and the costs of the legal process before incarceration must also be considerable. All in all we are looking at over a billion dollars a year to manage a prison population of around 8700 offenders. According to Lomas the majority of our criminals have drug and alcohol addictions and much of their offending comes from this. Due to the fact that few have the cause of their offending identified or treated we have, compared to most other OECD countries, a high rate of recidivism (around 49%).

Judith Collins has openly supported the value of drug and alcohol programmes, claiming their 30% success rate of stopping recidivism make them "very fiscally sound". It is interesting, however, that if you conservatively say that such programmes would stop only 10% of inmates from reoffending, and 10% of $1 billion is $100 million, then spending anything less than that on these programmes would be justified. I would have to say that the $3.4 million currently being spent on addressing adictions seems comparatively low. For every prisoner we are currently looking at only $390, on average, being spent to identify the cause of a prisoner's offending and then provide a programme to address it.

If we can spend $150 million for the rights to host the Rugby World Cup, surely we can spend half of that to turn our addict criminals into productive and useful members of society. It is all about priorities...