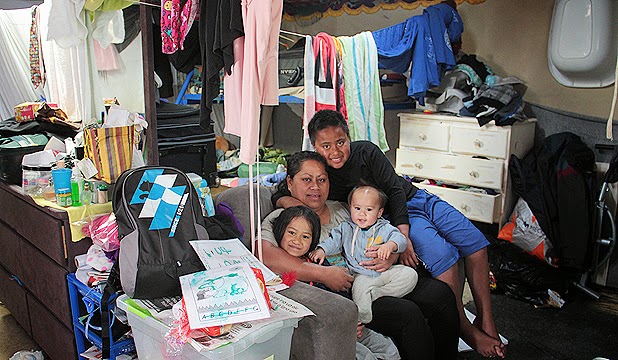 "I think that if we are going to reform the world, and make it a better place to live in, the way to do it is not with talk about relationships of a political nature, which are inevitably dualistic, full of subjects and objects and their relationship to one another; or with programs full of things for other people to do. I think that kind of approach starts at an end and presumes the end is the beginning. Programs of a political nature are important end products of social quality that can be effective only if the underlying structure of social values is right."

Robert Maynard Pirsig, Zen and  the art of Motorcycle Maintenance (1974)


If we applied Pirsig's approach to housing policy in New Zealand there would be an ongoing focus on lifting the quality of life for all New Zealanders, with a strong focus on equity. This is the expectation in much of Europe where quality housing is seen as an essential element in the quality of life for citizens. The success of each succeeding generation is dependent on the environment that they are brought up in and housing is a large factor in this. Children spend much of their important formative years in their home and the health of our working population is dependent on the conditions they live in. There is social and economic value in good housing and where there is a continuous cycle of improvement.

Michael Joseph Savage understood the wider benefits of good housing and used his Christian values and 'Applied Christianity' to progress change. Savage and his Government were determined to address inequity and lift many New Zealanders out of fairly dire living conditions. The state houses of the 30s and 40s were designed and built to standards that were considered high quality at the time and the fact that these same houses still make up over 40% of current HousingNZ stock (70 years later) is testimony to their construction and design. These state houses have become a New Zealand icon and became Savage's enduring legacy.

John Key and his Government have been aware of the issues around housing ever since they first came to power in 2008 and the Department of Building and Housing identified and described many of the key housing issues in their 2009/10 report. They effectively sat on the problem for six years until the issue could no longer be ignored. Overcrowding, ill health and homelessness have now developed into a highly visible crisis. The Salvation Army estimates that 1 in every 120 New Zealanders is now effectively homeless (35,800 people) and around 50% of those who rent claim the condition of their house negatively effects their health. Housing New Zealand has 5,600 people on waiting lists who are in desperate need of support (at risk) or have a serious housing need. This is appalling for a resource rich, first world country with a relatively small population.

New Zealand's housing market is is not driven by social values but in producing a good return on investment. For property developers and investors social housing is not a good source of captital gain. The low to average income earner does not have a lot of disposable income and renting to low income families is only really profitable if the houses being rented have relatively low value (in an overheated market) and tenants can tap into the accommodation supplement. There is no incentive for bringing a poor quality rental up to a reasonable standard if there is no financial advantage or requirement to do so. The Government currently spends over $2 billion a year to subsidise landlords and there is no expectation that the houses provided have to meet minimum standards. There are very few new houses currently being built to meet the the demand for low cost housing and the general standard of cheaper privately owned rentals is probably dropping.

The Government's initial solutions were to blame councils for not making more land available to developers and to claim that over regulation was restricting the building of low cost housing. Key and his Ministers ignored the fact that in many situations land was available and land banking and nimbyism was common. Past reductions in building regulations has had disastrous consequences, so any changes to the RMA and consenting processes need to be carefully considered to avoid a repeat of past deregulations.

Rather than lead the provision of social housing to ensure a high level of urgency and assurance of quality, the Government is taking the opposite approach by devolving responsibility of social housing to private interests and NGOs. The Salvation Army and other providers of social support are unlikely to have the finances to purchase or build large numbers of social housing and even if they did buy existing state houses at a discounted price, the maintenance and upkeep will be a financial drain. All the government will be doing will be to shift the responsibility of existing state provision to other providers with more limited means and it won't increase the overall numbers of available houses.

While there is money to be made servicing the needs of the wealthy and retirees, there is little money to made from social housing. If a developer did build housing for low income earners it is unlikely that quality would be a large consideration in their construction. I can imagine a 'build them cheap and pack them in' approach will be used. The Hobsonville Point development was initially going to include 100 lower cost homes amongst the 3,000 planned, but this was reduced to a mere 17. Integrating social housing into new developments will be problematic if we are going to rely on private developers and market forces.

If John Key completes his third term as Prime Minister in 2017 his legacy will probably be 9 years of growing housing inequity and a steady decline of the quality and numbers of low cost and social housing. Given current trends it is likely that over 40,000 people will be homeless by then and fewer New Zealanders will own their own home. Changing our flag appears to be Key's main priority and exposes his lack of compassion and the shallowness of his vision.

Dianne said…
Please use a better picture. Look, I'm sorry, it drives me crazy to see people who have it 'hard' living in their own filth. Have some pride in where you live, even if it is very modest. Yes, people have it hard, we are in the bottom 20% of income for a family with two adults and two children. BUT I still clean the mould off my windows and inside my house, I still put away my stuff and don't leave it spewing all over the place. I clean my house and I look after my possessions so they last longer. I offer no sympathy to people who stay at home and have a grubby house. If you want to write a story about people doing it hard, please show people that are trying to make the most of the little they have.
November 5, 2014 at 6:04 PM

bsprout said…
Dianne, I probably should have provided a link for the family pictured. They are not a family living in filth but but the Crichton family forced to live in a garage while Mr Crichton studied to provide a better income. Prior to studying the most he could earn was $34,000 a year as a welder. The family lived in the garage for two years while paying $150 a week for the privilege.