Who's left to blame? 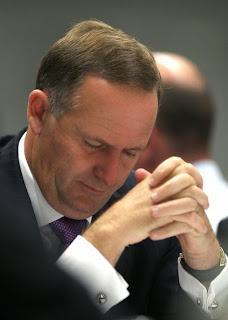 National Ministers had three main excuses for poor outcomes and extensive borrowing: the Labour Government's prior mismanagement, the global economic crisis and the Christchurch earthquake. All of these excuses have now become historical, it is six years since Labour was in office, the economic crisis was well and truly over for New Zealand three years ago (we never suffered as much as most in the OECD) and the earthquake can no longer be counted as a deficit when the rebuild is a large part of our economic recovery. From now on the buck must stop with the current Government.

Over the last six years the National Government has had some clear priorities where they have made substantial investments:

The Government's motorway projects generally come out poorly in cost benefit analysis, the tax cuts to the wealthy did not result in any trickle down but contributed to higher spending in luxury items and corporate welfare often props up failing companies. The Government has also invested heavily into supporting the oil and gas industry, promoting coal mining and subsidising carbon emissions through the dismantled ETS.

National Governments are ideologically driven to shrink the size of government and shift as much as possible to private providers so that solutions to many social problems are left to market forces (with reduced regulation). National's ideology has been so dominant that they have been prepared to ignore evidence and advice and manipulate or hide data to progress their agenda. The cuts to the state sector have also reduced the quality of advice and resulted in bullying cultures.

I believe that the National Party only really planned to be a two term Government and now that they have been elected for a further three years they will have to face the consequences of past decisions. Their chickens are coming home to roost and fudging data can only hide the physical realities of poor policy for so long. Since re-election the stress of the underfunding of core services is being revealed: 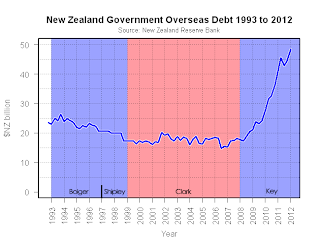 John Key's claim of making "a brighter future for all New Zealanders" is looking increasingly hollow as his Government's spending and policy priorities have delivered little for most of us. There is no one else left to blame for a lack of vision, a failing ideology and poor quality investments.

The buck now stops with you, John!