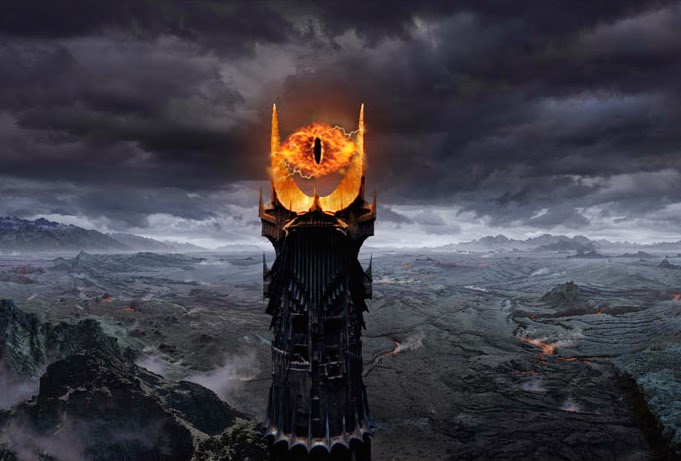 I currently have a mental image of the eye of Sauron every time I hear mention of the Five Eyes alliance. Australia, Canada, New Zealand, the United Kingdom and the United States combine to make a powerful front for the fossil fuel industry and I can see the vast desolate landscape of the Alberta tar sands or the massive Australian coal mines providing an equivalent of a Modor landscape. The Five Eyes nations also appear to behave rather 'orcishly', both domestically and globally. 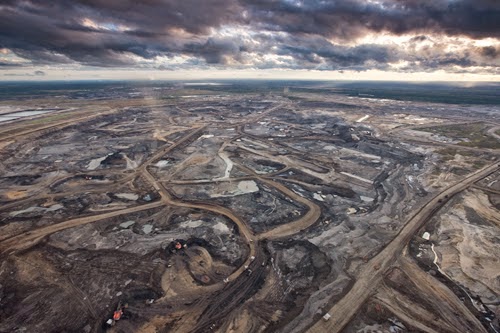 The Five Eyes' nations make a pronounced impact on our world. Per capita the five countries are amongst the highest consumers of fossil fuel and largest producers of greenhouse gas emissions:

The Five Eyes countries also have a history of illegal military interventions and supporting unwarranted torture. To provide a legitimacy that the United Nations wouldn't provide, the US used a 'coalition of the willing' to support an invasion of Iraq based on a claimed (but nonexistent) threat of weapons of mass destruction. The war involved a huge loss of human life, with estimates ranging from 500,000 to over a million (most were civilians). Although New Zealand was not officially part of the coalition of the willing, in Other People's Wars Nicky Hager revealed a level of military co-operation with the coalition that was significantly greater than was officially claimed.

The Iraq war may have come at a huge human cost but many companies based in the coalition countries found the war hugely profitable. Dick Cheney's Halliburton, sucked out $17.5 billion in revenue from its involvement. The US, as the dominant Five Eyes partner, used the 'war on terror' to justify torture and human rights abuses. Even though at least 25% of those tortured by the US turned out to be innocent Dick Cheney claims it was acceptable "as long as we achieve our objective".

The Five Eyes coalition is also supporting the US drone attacks being carried out in Pakistan and Yemen. So far around 3,500 people have been killed with drones (208 children), many identified through the Five Eyes spy systems. John Key was comfortable with a New Zealander being killed by a drone without being formally found guilty of committing a crime under international law.

With the most recent focus on the supposed terrorist threat of the Islamic State the Five Eyes coalition is already looking at another joint military operation. As with the previous Iraq war the lack of a shared plan or strategy to limit human suffering is apparent.

Most of the Five Eyes countries have amongst the highest levels of inequality in the OECD, with New Zealand having the fastest growing. The deterioration of democracy in all five countries has also been identified with heavy-handed action taken against whistle blowers, human rights activists and investigative journalists.
The Five Eyes are not just spying on those who could be real national security threats or potential terrorists, whistle blower Edward Snowden has revealed that mass surveillance, through the many different data collection systems, is a reality. Even world leaders of other OECD countries are not immune as Germany's Angela Merkel discovered.

It is interesting that Islamic State terrorism is put at a level of risk that is well beyond the reality for the citizens of the Five Eyes countries. All have much greater problems with poverty, domestic violence, obesity and alcohol abuse than any terrorist threat. Yet the New Zealand government will be working with their spy partners in looking at infiltrating social media to deal with radical activity. John Key has suggest there are 40 people in New Zealand that have been identified as being influenced by Islamic radicalism, but it is debatable whether increasing spy activity and funding to address the supposed threat would be worth the effort. Given our 'low risk' terrorism assessment, there is a good case for spending the money on social housing instead. In the past our security agencies and police were also prepared to use a terrorism act to deal to environmental and indigenous activists. The definition of radicalism and terrorism is not that clear in legislation, which allows for governments and surveillance agencies to widen their interpretations.

When Finlayson claims that the Five Eyes' partners will be "working together to deal with terrorist groups' use of social media and also sharing ways of identifying and handling people who become radicalised" one wonders if they also intend to deal to those 'radicals' who are attempting to limit the expansion of the fossil fuel industry and other large commercial interests.

While national security and the threat of terrorism are most usually used to justify the Five Eyes spy activities there is clear evidence that commercial interests are also being supported through spying activity. While digital espionage is a concern there is an aggressive element to spy activity that goes beyond ethical and sovereign boundaries. The New Zealand spy agencies and police ignored the rights of a New Zealand resident to support the commercial interests of a Five Eyes partner.

The Five Eyes spy alliance is clearly providing useful tools to access and control information to support the international and domestic power of the governments involved. There are real questions about the justification and oversight of those powers and the real influence of spy agencies, especially the NSA.

It appears that the Five Eyes are an integral part of some of the largest polluting countries in the world, with significant military might, that regularly ignore UN conventions and human rights. New Zealand is either being used as a pawn by the larger powers within the alliance, or is a willing and active partner (whose government is deliberately hiding the extent of its involvement). One could also question whose interests we will really be representing on the UN Security Council. We may very well be a vital organ within this fossil fueled monster that has very little interest in seriously addressing climate change or human rights.

Are we really batting for the right side or should we stand up, as we have in the past with our nuclear free stance, and be counted for responding to our moral compass (or what's left of it)?!

bsprout said…
There is growing concern within Five Eyes nations that current spying on ordinary citizens is unacceptable and Government's are being forced to be more open about their spy agencies' activities.

The major concern is the largely manufactured fear of potential terrorist activity may buy public support for further abuses of power. Despite the beheadings and isolated acts of terrorism statistics actually reveal that people living in the Middle East have more to fear from us than we do from them. We are escalating the conflict through our Governments' actions

Unknown said…
Very good account of what Anglo-phone people are facing: a criminal conspiracy perpetrated by those who claim to represent us, but what of us? Too many people are drugged with consumerism, its a kind of 'bread and circuses' on a massive scale. In UK we have an appalling voting system (first past the post) which does not represent the votes cast: that's not democracy, so we are screwed.
February 20, 2015 at 4:06 PM

bsprout said…
Kevin, I understand that the Green Party in the UK is rising in popularity and if they can form a coalition with Labour (as with the Lib Dems and the Conservatives) after the next election, then you do have some hope.
February 21, 2015 at 3:55 PM