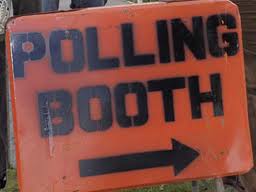 There appears to be a high level of mistrust for our elected representatives in regional authorities and at national level. In popular surveys politicians are well down the list of our most trusted professions and despite being elected by popular vote there appears to be little faith in their abilities to act in the best interests of those who put them there.

I think there are a number of reasons for this and two in particular stand out for me. The first is around transparency and this comes out of the number of closed meetings that occur at regional and national level where the public is excluded from deliberations. An Invercargill blogger rightly questions the necessity of public excluded (PE) sessions here and here. Many of these PE sessions appear to have have been decided on dubious grounds and while the final decisions may be sound they do not support confidence in how those decisions were reached. Often commercial sensitivity is used as a basis for PEs but I struggle to see the need for secrecy in many instances.

The other area of concern is when the public are not consulted on issues that may have far reaching impacts. It is one thing to be elected to a governance position to make decisions  on the electors behalf but to truly represent those who have put you there, surely an ongoing relationship is necessary to truly  appreciate the views and priorities of the constituency.  When submissions for the lignite briquette plant consent application were restricted through a limited notification process when there was widespread public interest, the transparency of the process was rightly questioned. Limitations within the current RMA legislation also appears to restrict wider views of those who see impacts beyond the immediate environment and when there is limited opportunity to discuss concerns with elected representatives the motives behind decisions can be questioned and distrust can develop.

It seems bizarre that Robert Guyton's open meeting to hear the views and concerns of his constituency on the further development of Mataura's lignite reserves should create so much attention and angst in some quarters. Surely such meetings should be standard practice for our elected representatives if they really want to honestly carry out their role. It is also important that the personal views and background of our councillors and MPs are openly presented as these must have a strong influence on how they perform in their roles.

Ex Environment Southland Chair, Mr Stuart Collie, needs to appreciate that personal interests are a reality and rather than an impediment to public roles it can be a strength when such influences are well known. Impartiality in decision making is an important principle but the personal weight individuals give to any evidence presented to inform decisions is always subjective and it is over to the voting constituency to decide what they are comfortable with in terms of the value base they support. More than any other councillor Robert Guyton's views and interests are openly presented in public forums through his blog,  regular columns in a national magazine and his radio exposure. The fact that Robert was well supported by the public votes he received surely meant there is widespread comfort for his views and his ability to carry out the role. Mr Collie also needs to accept that his own views were also widely expressed in public forums and his past record was well known yet he was not supported in his attempt to achieve another governance role.

robertguyton said…
Thank you Dave - I support that :-)

While the newspaper reported on the challenge by Stuart Collie to my right to engage with the public at the meeting, they didn't present much at all of the excellent thinking and questioning that was apparent amongst those there. I was mightily impressed by the quality of thought around and the genuine connection to the issue shown by those in the crowd.
The councillors have responded in various ways and I'll make some comment about that later.
July 7, 2011 at 3:34 PM

Kylie said…
Meetings like Robert's should be endorsed so elected officials are representing the views of their constituents. To me, being elected does not mean we believe everything they do or say but shows we put faith in their ideals and have confidence in them representing the majority view.
Even the AG in his guidelines on conflict, predetermination and bias acknowledges that local gov is different.
BTW your links 'here and here' go to the same place.
July 8, 2011 at 10:19 AM

bsprout said…
Thanks for your comment and correction, Kylie. Out of interest what does the Auditor General determine is different about local government? Do you have a link?
July 8, 2011 at 4:24 PM

bsprout said…
Kylie, I tried the two links and they are to two different posts by the same blogger, they may appear similar however.
July 8, 2011 at 4:27 PM

Kylie said…
Oops then, my apologies, I'll call it a blonde moment.

bsprout said…
Thanks for the link, Kylie. It is interesting to read all that the AG states as it really allows for quite a bit of room for interpretation. I think as in most instances common sense should mean a lot.
July 9, 2011 at 2:18 PM

Kylie said…
As always, common sense should prevail but in many instances does not. I think the acknowledgement of LG predetermined views by the courts etc is significant as that's why I vote. What they say on their soapbox is considered by me and probably many other 'normal people'.
I like but did not vote for Wayne Harpur in Invercargill (City Council)last election because he stated his main focus would be pushing to consolidate councils in Southland. I didn't agree so didn't vote for him.
July 9, 2011 at 4:05 PM

bsprout said…
I hate the fact you can't edit comments after publishing, here is what I intended to say with some corrections:
The council consolidation is a tricky one, while it is important to maintain a certain level of community ownership and autonomy, in terms of economies of scale our councils struggle. There is also much duplication of people and resources for consents and management where more than one council share jurisdiction. Although regional authorities do try to work co-operatively there are still lots of overlaps.

I do not have a strong enough view one way or other but I think some rationalization will be needed in the future. It is something that shouldn't dismissed outright but would need better consultation and planning than what occurred in Auckland.
July 10, 2011 at 2:04 PM