Te Anau, Turmoil and a Tunnel

Around 300 Te Anau residents crammed into the conference room of the Distinction Hotel to hear a range of presentations regarding the Milford Dart tunnel and the Fiordland Link Experience monorail. While the Glenorchy community have united in a substantial campaign against the proposed tunnel, Te Anau, at the other end, has been slower to mobilize. Many possibly felt that both proposals were so ludicrous that they wouldn't go ahead but now that we are into the second term of this Government, they are not so certain.

Most of those attending the meeting were concerned about the environmental effects that would result from such intrusive projects and the many local residents could see the damage to their livelihoods if tourist traffic was diverted away from the town. Local hoteliers, tourist operators and guiding businesses felt especially threatened.

More than 1200 submissions were received by DoC regarding the tunnel project and over two thirds were opposed. The majority of those who supported the tunnel were tourists who were concerned that the return journey from Queenstown was too long. Most tourists buy their tour package overseas and don't realize it is possible to stay in Te Anau. By cutting the Te Anau to Hollyford part of the journey, if the tunnel was used, some spectacular scenery will be missed. The Tunnel and the monorail are essentially private business attempts to capture tourists in the Queenstown region to maximize profits for themselves. Since the demise of government supported regional development we are at the mercy of commercial growth being dictated by large business interests rather than regional interests and this is especially obvious in this case.

There were concerns about the external costs of both projects, like upgrading roads and bridges, that would have to be absorbed by local ratepayers. With central government cutting funding for road maintenance in rural areas, to support motorway developments in the North Island,  southern authorities are already stretched in maintaining existing roading infrastructure.

Due to cuts in DoCs budget there are now a number of past employees, like Colin Pemberton (with extensive knowledge of the Department's operations) who are now employed elsewhere and are beginning to speak out. Under this Government the goals and objectives of DoC have changed considerably and commercial imperatives now dominate planning and decisions. At one time the management plans for each conservation area fully dictated the activity within, but this is no longer the case. Colin is appalled that projects like the tunnel and the monorail can receive initial approval when the detail provided is scant at best, especially in relation to quantifying and mitigating negative environmental effects. Neither project is compatible with the Conservation Act or the World Heritage status of the region.

Many of the submissions against the projects came from those with a high agree of mining and engineering knowledge and they had very specific concerns regarding the practicalities of drilling a tunnel through a seismically active area and managing the waste material. The estimated cost of the tunnel was thought to be well under the true costs and it has been suggested that once the concession is granted overseas interests will be invited to do the work using their own capital. The obvious result will be foreign control of an asset within our National Park and the potential for our free trade agreements limiting our ability to dictate the tunnel's operation.

There was talk of legal challenges to DoC's process and different ways of expressing concerns to the Government and judging by the strength of feeling from the meeting, and the calibre of those leading the campaign, things will happen. Sir Alan Mark was one of the main speakers and he could remember a similar meeting around forty years ago in Te Anau that launched one of the most significant environmental campaigns in New Zealand's History. The government should be listening! 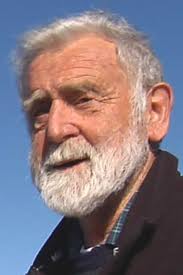