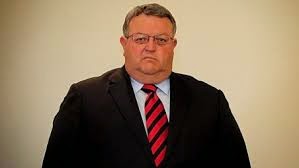 Gerry Brownlee has struggled to defend his $12 billion Roads of National Significance (RONS) when questioned by the Green Party's transport spokesperson, Julie Anne Genter.  Time and time again Brownlee has been reduced to bluff and bluster when Julie Anne has demanded evidence and the economic rationale behind the motorway projects.

There was the memorable occasion when Julie Anne demanded that Gerry produce his evidence to support the RONS, when all data available from the NZTA show that traffic volumes are stagnant. Gerry was not able to produce any evidence other than that roads were important and people wanted them. When Julie Anne used a point of order to force him to properly address the question, Lockwood Smith (Speaker at the time) intervened to explain that the Minister was saying that the motorways were being built because HE thought they were a good idea.

On another occasion Julie Anne suggested that the $12 billion budgeted for motorway construction placed New Zealand in a similar position as Greece, where spending on motorway construction had contributed to its economic collapse. In response Gerry claimed it was actually big spending on rail that had caused the problem. This was widely reported by the media when it was actually a lie as Greece had spent little on rail but billions on a new motorway system.

Today revealed more deliberate misinformation from Gerry as he was recorded on National Radio claiming that the Greens were demanding strong cost/benefit ratios for motorways when the Auckland rail loop only provided a .8 return on investment. This figure is a total fabrication. The 2011 analysis of the project (p 13) produced a benefit cost ratio (BCR) of 1.0 to 1.1 when related to immediate transport benefits and when wider economic benefits (WEBs) were taken into account the ratio increased to as much as 2.3. Given the increasing demand for public transport in Auckland this ratio is likely to be even better now. Gerry lied!

Brownlee never appears to be well informed and uses attack as a means of defense. His outburst against Labour MPs involved a later apology and backdown, but in most cases the media just accept and report what he says and rarely check the truth behind his statements.

I find it appalling that this country is comfortable with a government that bases its decisions and major spending on personal opinions and skewed data and that we have a media that is prepared to accept lies as fact.

Postscript: It is interesting to listen to today's exchange, where Brownlee claims that the Government does not rely on the 'bureaucratic' advice of the NZTA but base decisions on their own strategic analysis.

The Green Party's recently announced policy will have a far bigger impact on local communities and will provide a far greater BCR than the motorways.

David R said…
Brownlie's original ideas list is written somewhere on a pin prick. And don't forget, big industry, in particular trucking, have him in their back pocket. Of course, you need to throw in a few property developer mates, sitting on prime property somewhere along the new motorway's route, and those wonderful road-makers currently planning long holidays abroad, and signing up for new mansions, and you have a recipe for a few rich peoples' bright future.
March 18, 2014 at 5:42 PM

Keeping Stock said…
Not that Russel Norman would ever say anything that's false, eh Dave.

robertguyton said…
Save us your righteousness, Keeping Stock, your opinions are as suspect as your ethical standards.
March 18, 2014 at 8:29 PM

Armchair Critic said…
No Robert, KS's "Russel did it too" is a mighty argument that trumps anything you might say or think. The difference is that Russel gets it wrong occasionally, whereas Gerry tells lies so consistently that it can't be bad luck or incompetence. If KS were a man of the cloth he would know that god had said "to err is human, to get it wrong all the time is a pre-requisite for a ministerial role in a National government", or something like that.
March 18, 2014 at 10:09 PM

bsprout said…
KS, without the context around it I am not prepared to comment, but Russel tends to be fairly accurate with his facts. As AC said, Brownlee is known to be very loose with the truth on a regular basis.
March 18, 2014 at 10:51 PM

robertguyton said…
bsprout - have you ever wondered why your posts are so sought-after and reproduced-by, The Standard, but not Frogblog?

bsprout said…
Thanks, AC, you are largely correct in what you say about Green MPs dominating, but I actually have had a post about education featured on Frogblog and many MPs link to me in their posts.

Robert, KS, is a very loyal National supporter and there are many areas where we disagree but I am still open to engagement. We will truly have a divided society when conversations between different party supporters cease altogether. The Greens' memorandum of understanding with National still allowed good green change in some areas even though National love to claim the highly successful home insulation scheme as their own and rarely acknowledge our part in leading it.
March 19, 2014 at 3:01 PM

robertguyton said…
Bsprout - Keeping Stock abuses the Green Party, Green supporters, green activists, 'greenies' and Green/green issues regularly, only crediting them with anything positive if it hurts the Labour Party. Keeping Stock is the abuser in any relationship he has with those groups. The followers he appears to have are, the ones who post there at least, similarly abusive.
I beavered away for a long time in the hope that comment aside from the usual sycophancy would create worthwhile discussion, but failed. The stupid is strong there :-)

bsprout said…
Robert, I generally find that people revert to abuse when they have no argument and once they resort to that level of debate you know you have won. Once you realize that abuse is just another way of expressing that they have no rational response then I am comfortable with the engagement.

Even the response here from KS is a telling one, there is no attempt to defend Brownlee or find evidence prove he wasn't telling a lie, he just implied that Russel is just as bad. We all know Russel isn't, so it was just a hollow response and therefore an unintentional admission that I was correct.

I have no interest in forcing them to agree with me because it is unlikely to happen, but I don't need to have this because without realizing it they have already confirmed my point of view. ;-)

Surprisingly KS and I do agree on some things, he is supportive of the treaty settlements even though he publishes vile comments against them and we actually have some similar views on aspects of education.

robertguyton said…
Keeping Stock is an active supporter of National's poisonous education policies, bsprout, but enough about him, let's talk about you. Great photo in today's Southland Times. That's the money-shot, that one, to use a KS phrase :-) There's Invercargill's female vote secured right there :-)

bsprout said…
Yes it was a pretty umbrella ;-) They were supposed to include a caption about hoping for blue skies for the opening (my idea), but left me holding the umbrella with no explanation.
March 20, 2014 at 10:03 AM

robertguyton said…
The 'blue skies' thing was obvious and it was good that it wasn't stated overtly. Even more credit to you for the use of a effective, positive prop.
March 20, 2014 at 10:21 AM