The Problem Gambling Foundation of New Zealand (PGF) succeeded the Compulsive Gambling Society in 2001 and rapidly became a highly effective organisation with 12 offices spread throughout the country. It employs over 70 staff and has helped over 25,000 problem gamblers.

The PGF is internationally regarded as one of the largest and most effective organisation in the world for dealing with the issue of problem gambling and its operations have a base in university research. It identified early on that if gambling was considered an addiction, like any other, the best way of reducing the problem was to limit the numbers of gaming machines and control their use.

The PGF spends much of its time working with communities and councils to have a sinking lid approach to gaming machines. No community has demanded to have more pokies and all have been enthusiastic in reducing the numbers. The effectiveness of the PGF can be shown by the ongoing reduction of the gaming machines and a corresponding drop in the numbers of problem gamblers nationwide.

It is not taxpayer money that funds the agencies managing addiction, but levies on the industry itself. $55.3 million goes into the current problem gambling strategy that was announced by Ministers Chris Tremain and Peter Dunne last year ($215 million was spent on gaming machines alone in in 2012).

Despite the Government's apparent interest in reducing the harm of problem gambling its actions have stated otherwise. The shady deal with Sky City will see an increase of 230 new machines and 40 new gaming tables, which is the equivalent of opening a new casino in Auckland. The addiction problems associated with casinos are actually much greater than occurs with other pokie venues because of their 24 hour availability. 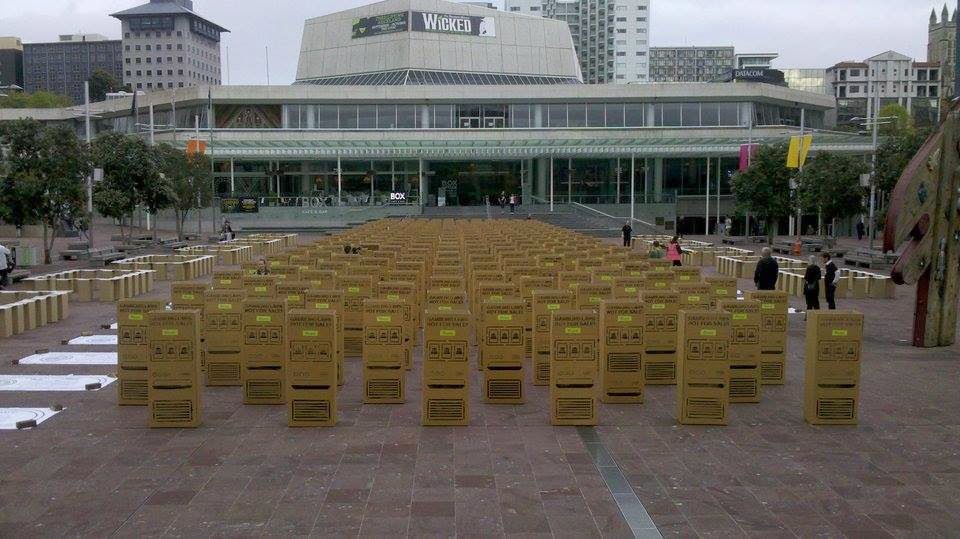 This Government has a record of supporting profits before social good and business lobbyists have generally had ready access to Ministers. This was most obvious when the Alcohol Reform Bill was passed with only a fraction of the recommendations from the Law Commission's report included. Despite alcohol causing huge social and economic costs to our society (over $5 billion a year) the Government was reluctant to make too many demands of the industry and we ended up with very watered down legislation.

I suspect the same thing has happened with the decision to support the Salvation Army over the PGF. While both organisations have protested against the SkyCity deal their operations are very different. The Salvation Army has an ambulance at the bottom of the cliff approach to its support while the PGF was very active in curbing the operations of the industry.

Peter Dunne has been quick to defend the decision by explaining that there was no political interference and the panel responsible had representatives from the Department of Internal Affairs, the Ministry of Health, the Health Promotion Agency and a Pacific health consultant. A Herald editorial explains how bureaucratically managed decisions can be manipulated to distance the Government from the process and effectively removing their 'fingerprints". Reasonable doubts remain and a number of questions still present themselves:
I feel that yet again the financial interests of an industry responsible for social harm has been given priority over damage that it causes and another worthy organisation has had its funding cut for political reasons.


Postscript: The national manager of addictions for the Salvation Army has expressed confusion over the recently awarded contract, they had not tendered on providing the whole service but at the same level as previously (between $1 and $2 million). There also appears to be confirmation that the gambling industry had made a number of complaints regarding the PGF's advocacy work…the plot thickens!

Shane Pleasance said…
Dave, if elected, will you be reducing access to drugs, alcohol, nicotine and gaming machines in Invercargill?
March 24, 2014 at 12:47 PM

bsprout said…
The Green party supports the Law Commission's recommendations regarding alcohol and cannabis, we support efforts in minimizing harmful drug use (both prescription and recreational) and we would like to see a substantial reduction in gaming machines. Given that our policies would probably result in a reduction of access, especially to the most vulnerable, the answer must be yes.

Are you standing again for the Libertarianz Party in Invercargill, Shane?
March 24, 2014 at 1:06 PM

robertguyton said…
Dunne is entirely untrustworthy. Anything he says should be regarded with deep suspicion, especially of issues like boozing and gambling. Corrupted by the Industries of Sleaze.
March 24, 2014 at 2:45 PM

bsprout said…
It is also interesting that National supporters are claiming Denise Roche has a conflict of interest in complaining against the decision because her husband once managed the PGF. I have desperately been attempting to work out the logic in this claim when John no longer works for them and neither stand to benefit financially if the decision was reversed. Bizarre!
March 24, 2014 at 3:35 PM