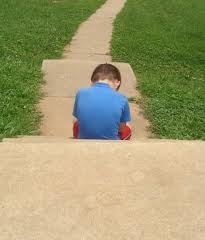 Harley's mother was eighteen, when he was born, unmarried and no close family where she was living. Harley was her first child and she struggled to breast feed. Hospital midwives tried to give support but after  two days she was sent home. Plunket provided some home support and noted that Harley's mother was barely coping, was bottle feeding and the flat that they were living in was cold and damp.

Harley suffered from respiratory problems throughout his early years and had a several stays in hospital due to asthma. His mother had a series of part time jobs and couldn't always afford childcare, so Harley would be left with a friend who had a number of small children of her own. The children spent much time watching TV, there were few toys and little interaction with adults.

Harley's Mother had a relationship with a man for a few years, who showed little interest in Harley, and would often become violent after prolonged drinking sessions. Harley witnessed a number of violent attacks on his mother.

Harley attended a kindergarten for a short period but due to constant changes in work commitments his mother struggled to get him to the enrolled sessions and the Kindergarten had to remove him from their roll because his of lack of attendance. It was noted by the Kindergarten teachers that Harley was developmentally delayed and sometimes displayed aggressive behaviour to others but little was done because of the short time he attended.

When Harley started school his delayed development was again identified and teacher aid support was provided. Harley enjoyed school and had a good relationship with his teacher and especially his first teacher aid and he was obviously upset when a change of hours, and the school's restricted funding, meant the teacher aid could no longer be employed. Harley's teacher noted that Harley did not manage change as well as other children and his aggressive behaviours were becoming more common.

Harley still suffered from periods of poor health and seemed to catch any bug that was doing the rounds. His mother's employers made little allowances for parental leave when Harley was ill and there were few options for care in these situations. Often Harley was sent to school when he was ill and he would spend the day or two, on his own, lying in the school's medical room. His mother would get quite defensive and aggressive when the school demanded that she take him home as she knew it would mean a day without pay and a risk of losing her job.

When Harley's aggressive behaviour and lack of progress with his learning became more concerning he received support from an RTLB (Resource Teacher for Learning and Behaviour). An excellent programme of support was put in place for Harley that focussed on his interest in music, this was a passion for him that he had few opportunities to develop. The shift to a dominance of literacy and numeracy, compounded with the introduction of National Standards had seen the music programme in the school reduced to singing in assembly once a week and the occasional music related activity in class. Harley's teacher was not confident in music and as the music advisors had been disestablished there were few opportunities for professional support. The initial gains through the music focus were gradually lost as the teacher's lack of confidence in this area meant she was not able to sustain the programme and the intervention eventually failed.

When Harley was eight his mother was able to afford the rent of somewhere better than their substandard  flat and managed to find another at the other end of town, so he was enrolled in a new school. Harley found the adjustment to the new school difficult, he became withdrawn and could not make new friends and his aggressive behaviours became progressively worse. His mother had a risen to a managerial position in a fast food outlet and Harley attended an after school care facility (OSCAR) based at the school because his mother could not finish work until 5:30 pm. The OSCAR carers had difficulty managing Harley's aggressive behaviours and another child was badly hurt during a confrontation.

Harley's new school was attempting to implement National Standards and curriculum areas outside literacy and numeracy had also lost emphasis and music received just token coverage. Harley's natural ability for music wasn't identified or recognized and he was assessed at well below the National Standards in Maths, Reading and Writing. In a self review activity Harley described himself as stupid and could not identify anything he enjoyed or was good at.

Harley was now almost ten and his deteriorating behaviour had him referred to  GSE (Group Special Education) and an IEP (Individual Education Programme) was developed to support Harley. The IEP was developed through a collaborative process involving a team that included Harley's mother and teacher. Harley's mother struggled in her parenting role because of work demands and lack of parenting skills, she recognized that her relationship with Harley was compromised by her hours of work and that the amount of time that Harley spent at home, unsupervised, was unacceptable. She decided to resign from her managerial position so that she could be at home for Harley when he finished school, but this meant a loss of income and a shift to cheaper accommodation.

Their new house was as poorly insulated as their first home and Harley's Asthma immediately became worse. His ill health meant his mother had to spend more time caring for him and although her employer was able to accommodate her time away there was no income generated on those days. Harley's absence from school affected his learning even further and his difficulty establishing and maintaining friendships became even more pronounced.

Harley was caught shop lifting not long after his tenth birthday and for the first time he came to the attention of the police...

Harley is a fictional child but his situation and background is an amalgamation of many I have experienced in my teaching career. I wanted to use this narrative to highlight the areas of failure in supporting many of our children and point out the potential issues around current government policy. Our poor international record for child welfare will continue unless we address the following:

It is about time we valued our children above economic growth and recognize that investing in our children is actually an investment in our future economy and a healthy, vibrant society.