Jane Clifton Sucked in by the Spin! 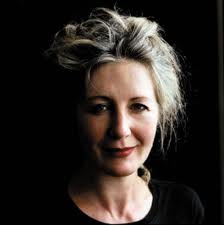 In the latest Listener Jane Clifton reveals the extent of her journalistic impartiality. The following statements   from her column are gobsmacking (using her own description of teacher's actions):

"That a quarter of schools are failing - either through competence or in defiance - to implement national standards is gobsmacking."

"It's clear that teacher unions want to be the ultimate arbiter of educational methods and standards, over the heads of parents and voters.

New Zealand’s education system is ranked by most international assessments in the top five in the world. Countries that achieve above us do not have the same disparities of income or the levels of poverty that we have. The fact that we do as well as we do when 1/4 of our children live in relative poverty and we spend less on early childhood education than most OECD countries makes our achievements even more remarkable. We have a great education system and with the right support and investment we could make it an excellent one.

The introduction of National’s National Standards is an appalling waste of money and teacher’s time that will deliver nothing positive and are already having a negative impact on our schools and children. For Jane Clifton to suggest that opposition to the Standards is just a power play from the unions is ignoring the widespread opposition since the untested and professionally suspect assessment system was introduced. The Minister of Education has ignored the serious concerns voiced by New Zealand’s education academics, including John Hattie (the Government’s key education advisor) and discredited the negative report from the Parliamentary Library. The New Zealand Council for Educational Research revealed inconsistency and confusion due to the rushed implementation and high levels of concern from parents and teachers.

A recent review of the Ministry of Education by the State Services Commission, the Treasury and the Department of the Prime Minister and Cabinet revealed many areas of poor performance. The review document expressed concern at the ineffective support for Ka Hikitia, a strategy that would have a positive impact on Maori students, who are a proportionately significant group in those who struggle academically. It is initiatives like Ka Hikitia that will raise the tail of underachievement, not a poorly researched assessment system.

Rather than accept the Government spin that it is just a few disgruntled unionists behind the opposition, how about this magazine approaching the 350 or so school communities who would rather break the law than impose National Standards on their children.