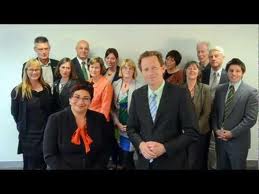 The Green Party's ability to articulate the issues we face and present a coherent and rational plan for the future was hugely instrumental in shifting their share of the vote to well over 10%. Now that the dust has settled after the election and the different parties have had a chance to adjust themselves and regroup, it is still the Greens who are leading the charge.

The Maori Party have become the ragged remnants of what they were and those who are left have endured  the tainted National Party atmosphere for too long. They have lost their fire and have accepted their role as crumb sweepers, scrounging tidbits from under the National caucus table. Their only real warrior, Hone, abandoned the party waka when he could see no end of bailing was going to keep it afloat. However, Hone, despite his passion, lacks the discipline to make much headway and many of Mana's potential supporters didn't even bother to vote.

Winston (the political phoenix) has risen from the ashes too many times, his plumage is not what it was and the group of MPs who clung to his feathers as he rose this time are a mixed bunch. His speeches in the house appear to lack the energy of the past and his punching lacks precision. It is hard to know what the new incarnation of New Zealand First will stand for and I am awaiting their new website with interest.

Labour's election campaign was a muddled affair, it was a series of policy announcements that looked as though they were making things up as they bumbled along. The majority of their painfully dragged out pronouncements just appeared to replicate what the Greens were already campaigning on and the embarrassing sight of Phil Goff struggling to explain their costings was painful to watch.

Things have not greatly improved for Labour under Shearer's leadership, we still do not have a clear take on where they stand on most issues. While Darien Fenton stays true to her union background, her leader is less decisive and, despite constant requests for a strong stand on the POAL situation, he has been less than forthcoming. When working New Zealanders are under an attack as great the one brought by the Employment Contracts Act, strong political leadership is needed to balance the huge employer bias emanating from National. The fence sitting from Shearer just doesn't cut it.

It was the new Green MP Denise Roche who quickly made clear where the Greens stood on the casualisation of our workforce and the abandonment of good faith bargaining by the POAL. When you compare Denise's statement with Labour's first response from Darien, four days later, it is easy to see which party provides the real advocacy for working New Zealanders.

Education is also experiencing huge attacks under National and during the election campaign it was Catherine Delahunty who drew the largest applause in education meetings for her passion and understanding of what really constitutes a quality public education system. Now that the Greens have more MPs, and Catherine's portfolio load has been reduced, her ability to focus on education will be so much greater. Labour on the other hand have decided to spread the education portfolio across seven or more MPs and, when it took them until the end of the election campaign to openly criticize National Standards, using a committee to speak for education is rather concerning.

It was the Greens co-leader Russel Norman who became the "go to guy" during the election for any clear understanding of economic policy and he even was able to articulate how the capital gains tax would operate while Labour was still trying to formulate a policy. His Christmas speech has had over 13,000 views on Youtube and his speech on the Mixed Ownership Model (asset sale) Bill was hard hitting.

The Government's Green Paper for Vulnerable Children appears well meaning and the consultation welcomed, yet it will take a year or so before anything comes of it and meanwhile the attacks on the poor grow. It has been Metiria Turei who has led the political charge to support our struggling children and considering that she shares a similar background to Paula Bennett the contrast in style and compassion is patently clear. I am yet to see Labour produce an advocate for children and a foil for Paula Bennett as effective as Metiria.

It was also interesting to note that when Labour's rising star, Jacinda Adern, had an opportunity to help a struggling young mother she was accused of "Pimping the Poor" by Cameron Slater. Slater is not known for his support of the Greens yet he was fulsome in his praises for yet another new Green MP, Jan Logie. He acknowledged the genuine efforts of Jan to help Tania Wysoki, despite the difficulties of adjusting to a new role in a party with more limited resources.

Another new Green MP who has hit the ground running is Eugenie Sage. Eugenie was a hugely respected councilor with Environment Canterbury before it was replaced by commissioners and her knowledge and experience of water issues has already been directed at the Waituna Lagoon. Her fight against the intrusion of the 1% and their elite schemes in our National Parks is also apparent while Labour hasn't even indicated an awareness of the issue.

Of course Kevin Hague, David Clendon, Holly Walker, Gareth Hughes, Julie Anne Genter, Kennedy Graham, Mojo Mathers and Steffan Browning (the other Green MPs) haven't exactly been quiet either. It is interesting that we may now be at a point where the public may be able to name more Green MPs than Labour ones and considering the difficulties the Greens have in getting media exposure, this is no mean feat.

The Green's three election priorities of "children, rivers and jobs" resonated with ordinary New Zealanders and since the election their importance is greater than ever.  As National drives through as many damaging changes as they can before the end of their second term a strong opposition is essential for challenging their  credibility inside parliament and galvanizing New Zealanders into effective opposition outside. Labour's "softly, softly"and "steady as we go boys" approach will not do this, Winston can't do this, it is time for the Green Machine to shift into an even higher gear and continue their upward momentum as the real opposition.

Alex said…
Very true, most of the opposition parties are struggling for relevance. The Greens have been extremely strong all year, particularly in how they have taken up the mantle of opposition to asset sales. Dr Norman's speech in Parliament about how the assets were being stolen from all New Zealanders and given to those wealthy enough to get a National tax cut was superb.
March 11, 2012 at 9:09 PM

bsprout said…
I agree Alex, Russel has developed into a very confident speaker who is able to express the reality of our situation more effectively than most.

I wanted to mention more about the strong efforts from our other MPs but it would have extended to post too much. I haven't seen evidence of the first time MPs from other parties being quite as proactive and visible as ours.
March 11, 2012 at 11:21 PM