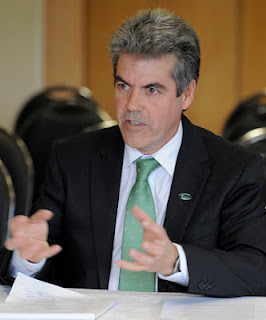 In speaking to my submission against the Holyford/Dart tunnel today, I tried to express my frustration around the huge philosophical shift that has occurred within the Department of Conservation.

When DoC was originally set up in 1987 the intent was very clear: "To protect natural and historic heritage and provide recreational opportunities. Nature was to be protected for its own sake and protected for New Zealanders and future generations to enjoy."

This admirable purpose no longer exists and has been replaced by "conservation leadership for a prosperous New Zealand".

No longer are our wild places to be protected in perpetuity for future generations but will be viewed for their potential to generate a short term economic return.

When looking at the list of DoC's new roles it is obviously no coincidence that "working with tourism operators and others running businesses on public conservation areas" precedes "Advocating for the conservation of natural and historic heritage."

The World Heritage Committee gave our southern national parks World Heritage status because they were "natural areas of outstanding universal value protected against the threat of damage in a rapidly developing world."

The National Parks Act of 1980 gives the definition of a national park as:
"For the purpose of preserving in perpetuity for their intrinsic worth and for the benefit, use and enjoyment of the pubic, areas of new Zealand that contain scenery of such distinctive quality, ecological systems, or natural features so beautiful unique or scientifically important that their preservation is in the national interest."

I don't see how a tunnel built for the benefit of some international tourists only; where the construction will produce 270,000 cubic metres of spoil; result in a large industrial site in the middle of the park; remove 8,500 square metres of vegetation and potentially contaminate the waterways, can be justified under World heritage principles or under DoC's original purpose. Yet all these factors have been deemed "minor impacts" by the new DoC and the project has been approved in principle.

I find it unbelievable that the duty of care and guardianship that once guided the actions of the department has been corrupted to this extent. Let us hope the 800 or so submissions against the tunnel force common sense to prevail.

The following photos were taken after I left the meeting and depict scenes tourists would experience on the current route between Queestown and Milford Sound. Although it was a dull day the vistas are hardly ones that be should be avoided and would hardly justify the need for a tunnel. Milford Dart Limited claimed that many of the submissions in support of the tunnel were from tourists who claimed the journey from Queenstown to Milford was too long, surely they do not have to do it in one day: 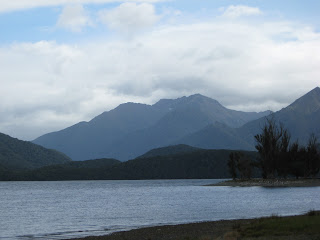 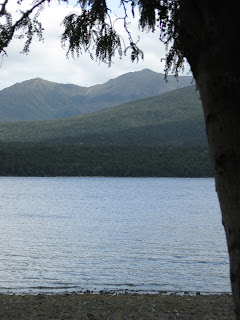 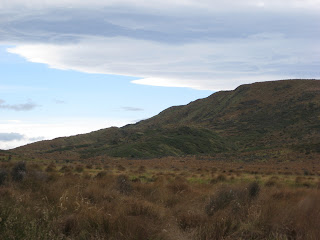 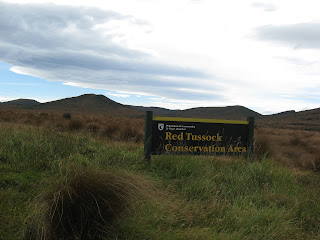 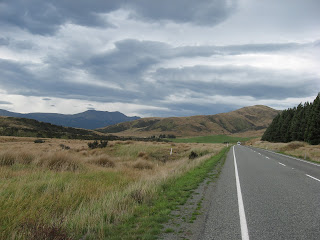 GreenHater said…
And what, one wonders, is your interpretation of neoliberalism?
March 22, 2012 at 1:51 PM

bsprout said…
This one suits me:
"Neoliberalism is a contemporary political movement advocating economic liberalizations, free trade and open markets. Neoliberalism supports the privatization of nationalized industries, deregulation, and enhancing the role of the private sector in modern society. It is commonly informed by neoclassical or Austrian economics. The term neoliberal today is often used as a general condemnation of economic liberalization policies and advocates."

Alex said…
How can he be a neo-liberal? He's clearly wearing a green tie.