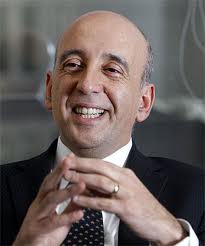 The attacks on our education system and our teachers are increasing with Treasury head, Gabriel Makhlouf, joining the fray (“Change Manager”, March 24).
According to Makhlouf maintaining our top five ranking in most international assessments isn’t good enough and our struggling tail of underachievers is largely due to underperforming teachers. Using raw data to measure teacher performance is his answer to improving practice. The fact that 30% of students leave school without achieving NCEA level 2 is not helping the productive capacity of the country, Makhlouf claims.
While our education system is not perfect, it certainly isn’t failing and our teachers have no difficulty getting jobs around the world, such is the regard our profession has internationally. New Zealand teachers are not afraid of having their performance appraised, as Makhlouf (and the Listener’s own editorial) claims, but judging teacher performance based on raw data, without any qualitative context, is crude and inaccurate.
Margaret Wu, an internationally regarded authority on educational assessment, claims that only 10% of all the determiners of education achievement can be related to teachers. The fact that 25% of our children live in relative poverty would logically have some bearing on the other 90%.
University Entrance was the equivalent of NCEA level 2 in my day and, considering how few achieved that then, I would have thought the current 70% pass rate should be something to celebrate.
The New Zealand Institute has compared our country’s performance with other nations within the OECD and their online report card of New Zealand’s social, economic and environmental wellbeing has education scoring the second highest mark. Why then are we creating a crisis where none exists and why are we not addressing the areas of poor performance instead?
Sadly if Act and Mr Makhlouf have their way, and we continue to adopt failing United States models, we will find our education ranking plummet over ten places to something similar to theirs.
Yours sincerely...