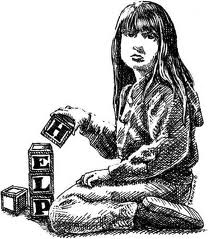 Meeting the needs of our children should be the main driver for educational change. The Government has claimed that their educational priority is lifting the achievement of our Maori and Pasifika children who, according to commonly used assessments, are overly represented in our tail of under-achievement. This issue had already been identified before the National led Government came to power and programmes like Ka Hikitia had been developed to address it.

The most revealing assessment of a Government's commitments is not through what they say but where they focus resourcing. In their first term $35 million of extra funding went to private schools and $400 million was cut from the early childhood budget. It has cost around $60 million to implement National Standards and an enormous $1.5 billion to fix leaky school buildings caused largely by National's building regulation changes in the 90s. It was noted in a parliamentary review (that named the Education Ministry as the worst performing of those assessed) that Ka Hikitia had been poorly implemented and resourced.

Most extra spending has gone into things that will not directly impact on improving teaching and learning for Maori and Pacifika children. The advisory services were dramitically cut and reduced funding to early childhood (EC) has meant increased costs for struggling families. Reducing the target of qualified teachers in the EC sector from 100% to 80% has meant that some centres have had to rid themselves of qualified staff.

During our NZEI National Executive meeting this Saturday we discussed the current environment for those working in the special education sector. Special Education Services (SES) provide support for children that are deemed to be within the 1% of children who have the highest needs. In high decile schools there may only be one or two children that satisfy the strict criteria, but for schools that may be magnate schools for children with disabilities, or schools in low decile communities, they may have five, ten or more such children.

SES became part of the Ministry of Education some years ago and was seriously impacted when the current Government cut the funding to the Ministry by $25 million ("to improve frontline services"). As would be predicted SES staff found that rather than more resourcing they experienced attrition and increased case loads. In the previously mentioned review, SES was rated as one of the higher performing departments within the Ministry but with funding cuts its ability to maintain services has been compromised. As case loads have become unmanageable, SES field workers have had to off load them to the next level of support, Resource Teachers of Learning and Behaviour (RTLBs).

There are around 900 RTLBs in the country and their initial job description was to support teachers  who needed help with managing children with moderate learning and behaviour needs. Rather than work directly with the children, RTLBs worked alongside the teachers, schools and parents so that they could develop the capabilities to meet the needs of a child without further outside support. Most RTLBs were practicing teachers who had to complete further study in learning and behaviour. Their training is focussed on children who, with appropriate interventions, could be managed in an average school and classroom setting.

RTLB's have found that their original job description has altered considerably as they have had to take on numerous children who would have previously been considered as the responsibility of SES. They are now also expected to take on the work of Supplementary Learning Teachers (who have been absorbed into their ranks) who work directly with individual children in literacy and numeracy. RTLBs ability to support classroom teachers in extending their professional capabilities has become limited and many children that they now have to deal with have needs that are beyond their training.

I recently taught a class that contained two children who qualified for SES support and some years ago had a class where four children were assessed as not quite meeting the criteria. As a classroom teacher, specialist support in diagnosing specific needs and providing resourcing and appropriate programmes was vital, not only in meeting the needs of an individual child but also allowing me to have more time to teach the other 25+ children in my class. While I am fully supportive of mainstreaming high needs children, it is generally not acknowledged, in remuneration or hours, the extra time involved for a teacher who has a high needs child in their class. If appropriate support is not provided for the child and the teacher, all the other students in the class can suffer.

While this Government made a commitment (and a promise) to address the learning needs of our struggling Maori and Pacifika children, there is little evidence that they have any intention to do anything substantial. Their approach appears to involve saying the right things but then cutting back the funding and reducing the capacity of special education support. The Government's approach to reorganising Christchurch schools, their willingness to bail out Wanganui Collegiate and their determination to introduce Charter Schools show that money and private interests are the key drivers for  educational change rather than children's needs.

NZEI has attempted to fill the void created by the Government, who are determined to focus on deficits rather than celebrate success. As teachers we realize that an over emphasis on failure creates an atmosphere that destroys motivation and hope in children and communities. We should remember that the criteria to determine achievement has narrowed considerably under National Standards and this effectively ignores all the other curricula outside of numeracy and literacy where a child may actually be achieving. Children who feel successful in one aspect of their lives are more likely to be successful in other areas and National Standards has limited the ability of teachers and schools to recognise this when most reporting is focussed on reading, writing and maths.

Whakahau Whakamana Whakahihi, instigated by NZEI, has been hugely successful in celebrating success and empowering children, teachers and communities in lifting expectations and achievement. We have also committed ourselves to ongoing work in supporting educational success for Pasifika children. Despite what the Government and Rodney Hide may say, those who work in education (and are represented by our Unions) are motivated by what's best for children.

Of course by far the largest determiner of eduction success is family incomes and the fact that the median income of Maori and Pasifika families is dropping is beyond what teachers and NZEI can address. Introducing a living wage as a minimum would probably have the biggest impact on lifting the achievement of struggling children. If a child comes to school having eaten a good breakfast and returns to a healthy home, they are more likely to be an engaged and enthusiastic learner.

robertguyton said…
I'd never break my childish promises, bsprout!
Here's a little diversion for any of your readers exhausted by the intensity of debate here at Local Bodies :-)

“Download the radio programme we did this morning, live and under time pressure here and enjoy our discussion about preserving fruits and vegetables, making apple jelly, along with tips on tomato culture and the soon to be happening Heritage Harvest Festival at Riverton.”
March 4, 2013 at 3:50 PM

bsprout said…
It has certainly got a little heated over at Paddy's blog. He reckons he can poke raw wounds with a stick and call the reaction hysterical. I bet he pulled the wings off flies when he was little. ;-)