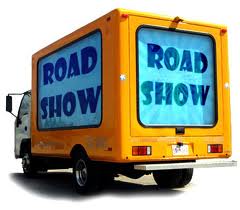 There wasn't a lot of music or excitement but there was a lot of hype when the fresh water and RMA roadshow arrived in Invercargill.  We were enthusiastically welcomed at the door and given our documents, blue for fresh water and orange for the RMA.

A colourful A2 poster with some cute illustrations supported the water presentation. Lots of lovely blue water, wind turbines in the background and people fishing, boating and swimming. The new National Objectives Framework was all about collaboration and communities making decisions about their own resources. It all sounded very positive until the details became apparent.

There would be no national water quality standards that will apply across the country there was only one vague bottom line, water had to a least be safe to wade and boat in without getting sick. Communities had to decide what level of quality they would tolerate depending on the economic activity in the area. While it was suggested that swimming could very well be an expected activity, I couldn't see many having that expectation when it hasn't been possible for so long.

The poster used an example of how one of the seven attributes of ecosystem health, Periphyton (slime), could be managed using a band system. A possible band of 40-55% slime cover was indicated as potentially acceptable. In deciding what band values would be appropriate communities will be asked to consider the potential trade offs in the proposed management regime and the likely impacts and "opportunities". Communities had to decide what the economic and environmental balance would be and I imagine this could vary greatly. 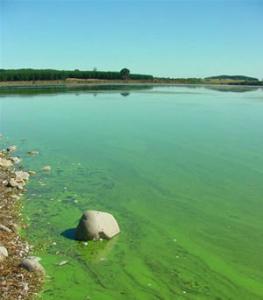 If an individual or industry's actions caused a drop in the established quality level then the community or council would impose an agreed timeframe to rectify the situation. Depending on the importance of the economic activity, and community tolerance, this could mean water quality could remain at a lower level for considerable time.

All in all I didn't see many incentives to dramatically lift the quality of our fresh water systems, people have forgotten what clean water is really like and now it's all about the economy...

The RMA presentation started with a question, "Who has experienced frustration with the consent or submission process?" The majority of those present put their hands up. We then heard how it was all going to be fixed for the better under the benevolent guidance of Minister Amy Adams who has a background in commercial and property law.

There were going to be single local plans that would reflect both regional and district rules. This was the only element that I felt comfortable with (and something that I have already promoted as common sense), however, the rest of the proposed changes raised the hair on my neck and made me feel particularly uncomfortable.

The Government would reserve the right to intervene with any local plan if the details did not fit the Government's priorities, given that this now includes the commercialisation of our national parks and exploiting our mineral reserves, I could see many potential conflicts.

New Zealand is ranked as the third easiest in the world in which to do business and out of 185 countries we were supposedly the 6th easiest for getting consents or permits. I am concerned that if more consents become non-notifiable and the turn around time is shortened we will see a huge increase in environmentally damaging activity. While I have personally experienced frustration with a slow consent process, and the proposed 10 day turn around for minor applications may sound reasonable, the real test will be in what defines "minor".

The Government seems to be wanting it both ways, it is providing regional autonomy but at the same time allowing for central government to step in when they wish. We only have to think of what happened to Canterbury's regional authority to realise what may only too readily happen.

Eugenie Sage is encouraging people to make submissions to the proposed changes to water management and the RMA, we stand to lose a great deal if this legislation goes through!

Marty Mars said…
Dave your blog and observations are so important - thanks for keeping the pressure on and working hard to make this world a better place. Kia kaha
March 18, 2013 at 8:03 AM

bsprout said…
Thanks, Marty, it's always nice to get positive feedback from someone who I admire for their efforts to do the same thing. :-)
March 18, 2013 at 3:33 PM