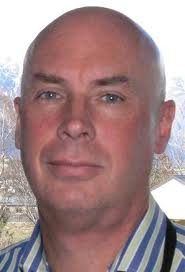 This Government has focused a lot of its energy on dealing with benefit fraud, which cost the country around $23 million last year. This figure has been questioned because it supposedly includes those who were mistakenly overpaid, so the amount of real fraud may be a lot less. Examples used to highlight the sort of sums that have been gained through benefit fraud have generally been around $20,000 -$40,000 and many of these fraudsters have been caught using existing systems (715 successful prosecutions over the last year).

Any fraudulent behaviour is unacceptable but I have become aware of some double standards in how justice is applied depending on the nature of the fraud and the socio-economic status of the individuals concerned.

The consequences for their fraudulent behaviour has been quite different for each of these people:
When it comes to Dirty Don the coal man, his business was dirty in more ways than one and the level of his financial misdoings is well beyond any woman on the DPB who tries to extend her meagre income by lying about a relationship (which may have had minimal financial benefit). Both Don and Bill were very manipulative with the truth when accessing public funds for their own benefit but suffered minimal consequences. In Don's case he became a millionaire (earning in excess of $10 million over his time as Solid Energy's egocentric boss) and built a palace at the cost of hundreds of unemployed workers and a probable taxpayer bailout of almost $400 million. This Government has rewarded his greed by protecting him from public scrutiny and still paying him his millionaire salary.

Meanwhile 270,000 children live in poverty and the war on beneficiaries continues!

robertguyton said…
Because the water's being heated slowly and were being told it's cooling.
March 10, 2013 at 8:24 AM

bsprout said…
Great analogy, Robert, and the steam is rising and the seasoning is being added to the water around us...cooked alive we are!
March 10, 2013 at 7:44 PM

bsprout said…
Shane according to Wikipedia a fraud is an intentional deception made for personal gain. Don was certainly involved in a huge deception and he personally profited from it by about $10 million.
March 25, 2013 at 1:40 AM

Shane Pleasance said…
"Don was certainly involved in a huge deception and he personally profited from it by about $10 million."

bsprout said…
I am not suggesting that the whole $10 million was fraudulently gained but it is obvious that his receiving such a high salary was based on a deception that he was competently leading the SOE.
March 27, 2013 at 5:26 PM