National Attacks the Jacket Not the Message 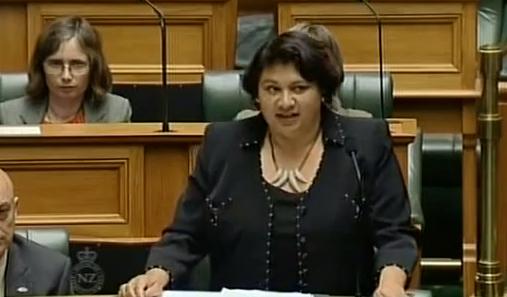 2014 started well with the annual Picnic for the Planet where the Green Party does its version of a State of the Nation speech, it serves the same purpose as what National and Labour do, only it's more fun. This year Co-leader, Metiria, announced the Green's $100 million dollar 'schools as hubs' initiative and it went down extremely well, with many who work in education actually singing its praises.

National were obviously stuck for a response when the Greens' plans were modest compared to their own $359 million proposal and were obviously more practical. All they could come up with in rebuttal was that they were already being done and were nothing new. Of course all those with any experience of their local school would know how hollow that claim was.

A fly on the wall witnessing the meeting of National's strategists may have been aware of slight level of panic. The main approach in dealing with the Greens was to ridicule and constantly refer to printing money. This was going to be much harder since the Greens had received such widespread support for their solutions to deal with inequity.

Towards the end of 2013 Green Party MPs were regularly scoring hits on National by exposing the dodgy nature of the SkyCity deal, the obvious lack of scrutiny or protections for any deep sea oil drilling accident and the reliance on the disgraced John Banks and Peter Dunn to pass questionable legislation.

It was clear with the school hub announcement the Greens were not going to be dismissed so easily in election year when their policies were properly researched, well costed and already proven to be effective. The crazy label would be hard to make stick especially when National's own possible coalition partner Colin Craig had already cornered the political market of crazy. When arguments and dismissive comments fail National's strategy tool box becomes limited and it appears that personal attacks are all they have left.

When Metiria suggested during the debate on the Prime Ministers statement that National was out of touch with the poor of New Zealand it was too much for Anne Tolley and she came out swinging with insults and innuendo. Metiria, claimed Tolley, lived in a castle, wore $2,000 designer jackets and was only a list MP and therefore wasn't in a position to "lecture" her on her ability to empathise with the poor.

The fact that Metiria's so called castle was the creation of an eccentric in the 1970s and was bought for less than an ex state house in Auckland and Tolley had no idea of what Metirias jacket cost was beside the point. The accusation would never have been made to a non Maori MP and the covert racism was not missed by Maori political commentator Morgan Godfrey and others.

When Metiria called Tolley on the racist implications of her comments all hell broke out in right wing blogs, making out that it was Metiria herself who was being overly precious. Judith Collins weighed in with her two pennies worth by condescendingly claiming that Metiria was a "sensitive little sausage" and a "hypocrite". When asked by a reporter why someone who dresses nicely can't champion poverty Collin's answered, "Well they can, but she doesn't dress nicely".

What was most bizarre was John Key's thoughts on the matter, "Go back and play the file footage and see who says the hardest, often nastiest comments. Almost always comes from the Greens-they go really hard." In saying this he was attempting to fabricate the myth that the Greens make nasty comments too and therefore deserve the personal attacks. The Greens are no longer crazy, they're nasty according to the new spin. Readers of this blog can judge for themselves the level of nastiness used: here is Metiria's speech during the debate and here is Tolley's. The jacket in question is pictured at the top of this post.

In a Checkpoint interview Metiria was strongly challenged to explain why she felt the remarks about her clothes were racist and her response was measured and convincing. As a Co-leader of a major political party and working in Parliament there are certain expectations of dress, so why should her choice of clothing be questioned when what she wears is bought from similar shops as other female MPs. Her only conclusion was that there was a view being expressed covertly that a Maori woman from a working class background couldn't wear smart clothes to be true advocate for her people.

bsprout said…
You may be right Paul, National's efforts to keep the Greens contained in their little greenie box have proved to be totally ineffective. That the Greens continually ask hard, probing questions is down right nasty, they are probably at their wits end with frustration.
February 1, 2014 at 10:32 AM

Unknown said…
The difference is quite simple, greenies are passionate about something bigger than themselves while the nats are only passionate about themselves.
They are fearful of living in a society that have values such as sharing.
February 2, 2014 at 9:01 AM

Unknown said…
had a visitor from Europe who made a very telling comment last night. With all the financial issues over the last few years caused mainly by central bank policies why would a country leave a banker in charge.
That got me scratching my head.