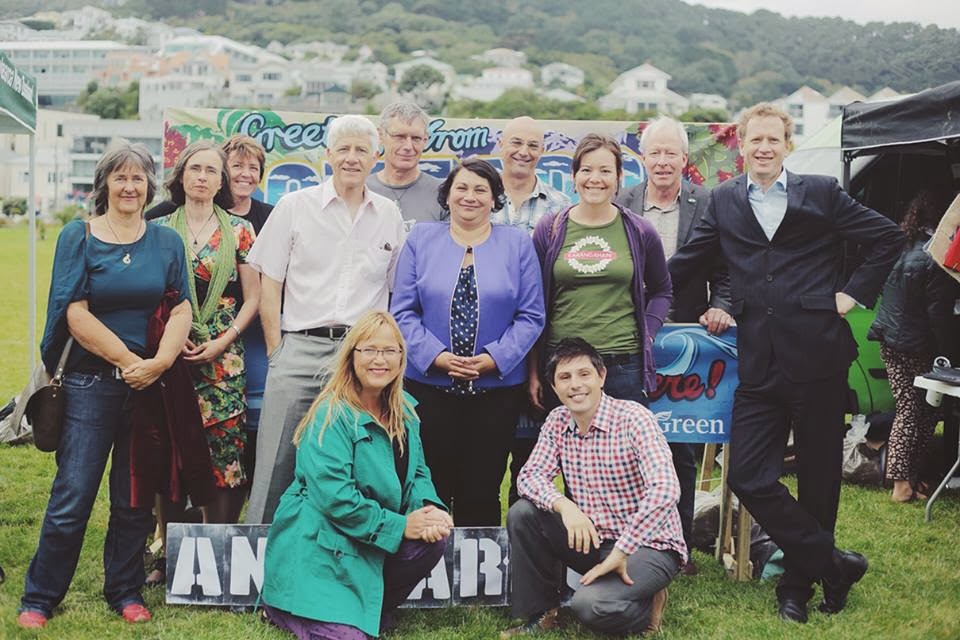 John Key and his ministers obviously feel under pressure from the Greens due to their determined and "hard" approach.

"…see who says the hardest and nastiest comments, they almost always come from the Greens," claims the Prime Minister. "They go hard, they go really hard…I don't feel too bullied but they don't hold back."

Gerry Brownlee has staggered out of the house on some days battered and bruised by the ferocious attacks from Julie Anne Genter. There was one time when the Speaker was forced to step in and help him when he had no answer for one of Julie Anne's direct hits. Bill English also gets rattled by the thorough research behind Julie Anne's questions and has to read out written answers to protect himself.

Gareth Hughes also plays hard and Gerry Brownlee and Amy Adams have both found themselves struggling to find convincing answers to his probing questions.

Metiria Turei also a reputation for hard hitting during question time and one question actually caused Brownlee to go down for a count as he refused to rise to give an answer. Metira has had the Minister for Education struggling to give straight answers to very reasonable questions and the normally confident Health Minister has also floundered. Metiria's reputation as a nasty politician possibly comes from when she was ejected from the house for daring to suggest that the Government's SkyCity deal was 'sleazy".

John Key's comments about the Greens going hard was obviously influenced by Russel's recent dogged attacks on himself regarding the Government's business case for irrigation subsidies. Russel has such a solid understanding of economics that he regularly has the Finance Minister backed into corners and digging deep to come up with a convincing responses. The Government's plan to borrow its way to prosperity has been especially exposed by Russel.

When Kennedy Graham accused the Government of 'ecocide', because of their deliberate dismantling of our country's climate change response, it had National MPs crying foul. This was obviously another example of nasty Green politics.

Holly Walker revealed that the Minister for Social Development had no idea or interest in how damaging the Government's policies were on struggling families.

Denise Roche is pushing Simon Bridges to intervene to stop further deaths in the forest industry.

Catherine Delahunty had the Minister of Foreign Affairs struggling to explain his decisions.

There are many more examples from all the other Green MPs too.

I have no problem with our Green MPs going hard in the House as it is actually the job of opposition parties to hold the Government to account. If the government of the day is following good process and is well informed then Question Time should pose no problems. If Ministers have nothing to hide then a straight answer is easy. On the other hand, if a government has secret agendas, does not support transparent process and does not use evidence and research to support decisions, life becomes difficult.

The election campaign ahead is obviously going to be hard and dirty because the Greens will not stop asking questions and demanding answers. The National Party is in a vulnerable place, with few ideas, limited answers and no real coalition partners. National has already lost the head fight so will strike below the belt to try and win. The low hits seem to be coming already.

robertguyton said…
Russel went real hard on Key in the House one memorable afternoon, likening him to a chicken!

bsprout said…
Which explains why the Prime Minister wasn't able to answer the question regarding what was going through his mind at the time.
February 4, 2014 at 9:37 AM