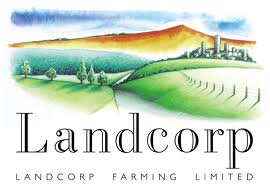 In my numerous roles I end up flying reasonably regularly, not ideal for a greenie, but unavoidable. What I find is a positive consequence of this traveling is that I often end up sitting beside interesting people from whom I learn a lot during our shared flight.

On my most recent trip I ended up sitting beside someone with a management position in Landcorp. He wasn't phased by my admission of being a Green candidate and enthusiastically explained how his SOE has a responsible and forward thinking influence on the farming industry.

Landcorp makes a sizable investment in R&D and much has a focus on environmentally sustainable farming. Any proven advancement in practice is quickly promoted within their farming community and a commitment to "best practice" is taken seriously. It is in their best interests, I was told, to always be ahead of environmental expectations rather than making excuses and avoiding compliance to new regulations for as long as possible.

In terms of land use, Landcorp has transferred its most marginal land into the control of DoC and has a policy of protecting waterways through having at least a 20 metre protective margin around them. They also consider land use that suits the soils and climate of a particular region and minimize the levels of artificial chemicals used.

I have no evidence to discount anything I was told and felt that the passionate promotion of Landcorp as a responsible land user by my fellow passenger appeared genuine. It made me think that if Fonterra had a similar ethical approach to leadership of the dairy industry we would be in a much better place. It also made me think that if we sold much of our SOE's to foreign ownership, how much of current ethical practice would be maintained ahead of shareholder dividends?