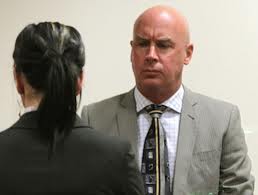 A well dressed sales man in a business suit, carrying a heavy sack, knocks on a door. The door is opened by the householder.

"We do have a multi-burner, what kind of fuel?"

"No thanks, that stuff is rubbish, it doesn't put out much heat, leaves heaps of ash and is really dirty stuff."

"I'm selling lignite briquettes, they're almost as good as coal. We've taken all the moisture out and made them into these." The salesman reaches into the sack and pulls out a hand full of small dry nuggets.

"Surely the energy to make those must almost be the same as the energy they put out. What is your energy source for drying them?"

"What about all the carbon emissions, I've heard that lignite is one of the worst for this."

"We haven't sorted that out yet, but it doesn't really matter because most of the stuff will be exported to China and it becomes their problem."

"Where do you get it from?"

"There's heaps of the stuff all around Southland just waiting to be dug up, it's an amazing resource."

"There's nothing valuable above the lignite?"

"Just a few farms, we've bought them out and already have one open cast mine in operation."

"But aren't we going to lose valuable farmland? What are you going to do with the holes?"

"The holes will become a real asset, we're going to turn them into recreational lakes."

"In a hundred years they'll probably look alright and no one will remember what they were."

"I guess I could try some of these briquettes, are they cheaper than coal or wood?"

"Actually they're quite expensive, there's the cost of mining and processing, my salary of course and we are going to be caught a little bit by the ETS...."

The salesman shrugs, throws the sack over his shoulder and walks away muttering..."It all seemed like a good idea at the time..."

After Robert's comment below I am open to some alternative last lines...suggestions?

robertguyton said…
Very good bsprout, except for the last line. He's not going to throw his sack over his shoulder and walk away. You're going to have to get your message out to all of his customers to counter his blue-skies advertising.
Good luck.
September 13, 2011 at 5:24 PM