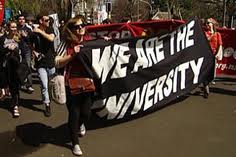 I am extremely angry about two events that occurred over the last twenty four hours, both were catastrophic and both avoidable.

The first regards the death of another New Zealand soldier in Afghanistan. I am half way through Nicky Hager's latest book "Other People's Wars"and with 73 pages of notes and references, this is no throwaway opinion piece as suggested by the Prime Minister.

Nicky is very complimentary about the professionalism and decency of the majority of our armed forces but is very critical about the reality of the war in Afghanistan and the modus operandi of the United States Forces. Too many times our servicemen have found themselves in compromising and unethical situations and well outside of the public brief around their involvement. Such has been the enthusiasm of our military hierarchy to be involved with our ANZUS allies that they have turned a blind eye to the realities of the war and have manipulated the information to the government and the public.

In this highly flawed war our New Zealand soldiers have been at the forefront of military activity involving the imprisonment, torture and deaths of many innocent Afghans. It is not just reconstruction, training or "mentoring" that has dominated the work of our military but direct action against the local people. This needs to be understood by the New Zealand public and makes the death of SAS soldier Leon Smith a real concern. I hope the inquiry called by the Green Party is followed through and that we will withdraw all New Zealand personnel from a war that we should not have committed to in the first place. No soldiers' death should occur needlessly or without justifiable purpose when serving their country.

The passing of the Education (Freedom of Association) Amendment Bill was described by Gareth Hughes as legislation looking for a purpose. The 8,000 submissions received on the bill was a considerable number and especially concerning was the fact that 98% were in opposition. This bill was not driven by concerned students but because of an idealogical stance by a right wing party that objects to anything that contains the word "union". Student unions are more widely called "associations" and while they do represent student bodies in a political and partially industrial sense they are essentially providers of core services for the health and welfare of their members.

Young students who are making their way in an adult world for the first time are often vulnerable and in need of support. The compulsory nature of initial membership is a form of assurance that services will be well funded and, because they're democratically controlled, there is greater likelihood they will be targeted at actual needs. The fact that some student bodies have struggled with aspects of their responsibilities is no different for any democratically elected and governed organisation and to paternalistically legislate against them in this manner is arrogant and unnecessary.

The Human Rights Commission had no concerns about the status quo regarding association membership, the democratic rights of students were well covered in constitutions and legislation. There were no concerns that necessitated such drastic action and the overruling of student self determination. Similar legislation in Australia has seen student services gutted and students generally suffering as a consequence.

It was sad that retiring MP, Heather Roy, saw her bill as the crowning achievement of her parliamentary career when it is going to unintentionally cause much potential suffering, her work for special education will leave a far more positive legacy.