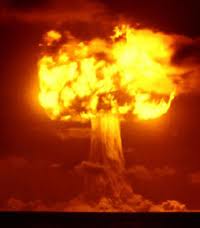 New Zealand is not wealthy in a global sense and our Government's investments would barely rate against many international corporates but our Crown Financial Institutions, like our $19 billion Superannuation Fund, do have a global impact. It is important that our money has a positive influence on the world and that we use reasonable diligence to ensure our investments are well vetted.

Norway has a similar population to New Zealand yet it has taken a far more responsible approach to how it has invested its oil riches. Norway uses a Council of Ethics to closely evaluate its state pension fund investments against strict ethical guidelines. The guidelines are based on two premises. The first being that future generations will benefit from current oil wealth and that the return from invested funds are contingent on sustainable development in an economic, environmental and social sense. The second is a commitment that the fund should not allow a risk of investment that could contribute to unethical acts or omissions that include violations of humanitarian principles, violations of human rights, corruption or environmental damage.

While the New Zealand Superannuation Fund has a commitment to "responsible investment" this doesn't go far enough, even though they have stated:


"Like many institutional investors, the Guardians invest with a long-term focus. We recognise that environmental, social and governance (ESG) matters are long-term factors that can be highly relevant to investment performance. ESG matters present regulatory, market, reputational and operational risks and opportunities shareholders need to consider to fully understand the companies in which they are invested."


Just recognizing the relevancy of environmental and social matters does not present the same commitment  as actively pursuing ethical investments. Rather than establishing our equivalent of a Council of Ethics it has been the Green Party that has had to often take on that role. Russel Norman revealed that the NZSF has invested in a multinational involved in nuclear armament, a tobacco company and five companies involved in manufacturing cluster bombs. These investments represent appalling oversights and are an embarrassment for New Zealanders who take pride in our nuclear free status and being responsible global citizens.


(The Council or Socially Responsible Investment is a useful resource and I used an article from the Council's chair, Dr Robert Howell, to inform this post.)