National is stealing My Children's Future! 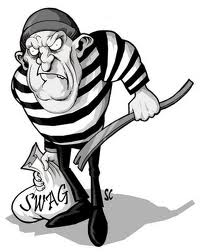 This government does not see young New Zealanders as important or regard their future with any sense of responsibility. The cuts to tertiary and early childhood education are seriously restricting opportunities for vulnerable young people at important times in their lives. Quality early childhood education can make a big difference to thousands of children experiencing poverty in their homes and when unemployment effects 27% of our youth, education and training opportunities are vital for self respect. Even if they get into tertiary education the support systems provided by student associations will be gutted by the crazy VSM bill. The fact that we now have the highest youth suicide rate in the OECD must surely suggest Government policy is failing and will only get worse. National Standards are strangling our primary schools, the unnatural focus on literacy and numeracy doesn't reflect the different learning styles and interests of children and the holistic approach to education that got us into top four in the world.

We are currently paying the cost of poor building regulations in the nineties (leaky buildings) and lack of investment in public transport. Delayed action in dealing with these disasters will carry the debt of fixing them well into my children's future.

This National led government has decided that rather than invest in children they will heavily support those New Zealanders who are currently rich. By cutting the taxes of the wealthy, government revenue has dropped considerably. They have had to borrow to rebuild Christchurch and limit funding for research and development at well below the OECD average. Cash cows are polluting our rivers and fossil fuels will form the foundation of our future economy. Our corporate focussed, easy buck government is going to leave my kids with huge loans to pay off and an economy saturated with carbon and lost opportunities to join the green future that smart nations are already embracing.

Those New Zealanders under voting age are powerless to influence the decisions that influence their future and sadly those who have just attained that right are generally conspicuous by their absence. Most young voters, or potential voters, are unaware that this government is helping themselves from their future to party up large with their rich mates. It is my children who will suffer from the hangover and the after party mess!