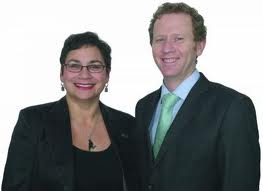 Labour finds itself between a rock and a hard place. They have spent too many years ingratiating themselves with big business and elements of neo-liberal economics that they have lost their way. It is hard to strongly oppose National when much that is wrong with our economy and society can also be attributed to Labour. Little effort was made to reverse much of the inequitable and environmentally damaging policies of the previous National government during the three terms under Helen Clark. Consequently their election platform has no continuity or overarching vision, it is a hotch potch of vote catching ideas that they hope will not upset the corporate donations too much.
The Greens on the other hand have nothing to lose and even refuse to accept corporate donations where there is major conflict with the operations of the business and Green policy. Now that there has been a broad public realization that Godzone is developing huge cracks in credibility and resilience there has been a shift, making green thinking mainstream. Labour has a relatively strong membership and some talented MPs but their leaders are too compromised by their past to be truly effective and the Greens appear more convincing by the day.
What is needed is a huge swing to the Greens to give them at least 20% of the vote. If National won again there would be no confidence and supply agreement, but I can imagine any memorandum of understanding would allow substantial gains for Green Policy like; furthering the home insulation scheme, cleaning rivers, raising minimum wages and possibly even halting some mining projects.
If the Greens won enough it may also provide the possibility of a coalition government with Labour and if the Greens achieve around 20% it would give the relationship a more even footing. Either way, a stronger Green presence in Parliament should shock Labour into rediscovering its roots and bringing about much needed rejuvenation. The white-anting that Clare Curren referred to is really just evidence that other parties are having to stand up for what Labour should have been. Labour created a vacuum for others to fill and the Greens fit there very neatly.

Shane Pleasance said…
Between a rock and a green place!