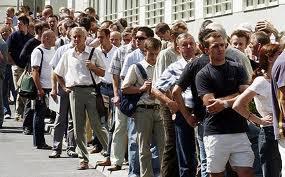 It is a fact that in times of economic downturns, employment conditions and security are actively eroded by employers and governments. It is also a fact that many large businesses accrue huge profits during recessions because of reductions in employment costs. It is an employers market and higher unemployment means that employers are able to dictate the terms, so they do. It is during these times that governments should take a lead and ensure that vulnerable workers are protected and employers don't abuse their unfair advantage. Unfortunately National Governments do not generally support working people and John Key has openly stated that unions will not be happy with the changes they intend to make in their second term.

One would think that as productivity increases that workers would have a share of the cake they have had a large part in producing, yet since 1989 productivity has risen by 52% and wages (after inflation) have only increased by 16%. Since Rogernomics workers' ability to collectively bargain has dramatically declined and our strongest unions are now those that serve the state sector. Considering the massive employment cuts in the state sector, around 2,400 jobs have been arbitrarily cut during this term and 1,000 more are planned for the next, there has been little even our strongest unions have been able to do to limit these.

The policy of different governments and employers to demonize unions has been hugely successful and many workers in the private sector now even believe themselves that being a unionist is similar to devil worship. When discussing employment relationships of the past many people remember union action that caused difficulties and disruption but the many abuses of power by employers appear to be quickly forgotten.

When Labour recently released their employment policy one would expect business interests to express concern but many editorials also came out in opposition and the same old threats and myths have been aired regarding mass industrial disruption and loss of business competitiveness. I remember similar angst and anguish when Labour repealed National's hugely damaging Employment Relations Act and yet what followed was a period of economic growth and industrial stability.

If our country is to move ahead in a way that is sustainable into the future we must lift the living and working conditions of ordinary New Zealanders. We need to take advantage of high tech, green industries that require a well qualified and well paid work force. Green businesses (Pure Advantage) are on the cutting edge of business growth and many also lead in their management of employees. They tend to have more collaborative leadership models and share productivity gains with their workers. Good faith employment relationships work and, to be truly fair, industry standards and equity assurances will need to be established too.

If we are to take advantage of the potential in a green economy and ensure all New Zealanders share the benefits, then a party vote for the Greens is essential. 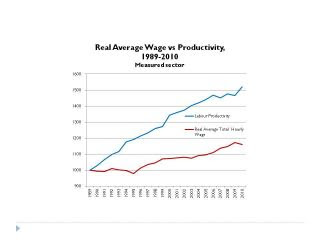 Draco TB said…
…yet what followed was a period of economic growth and industrial stability.