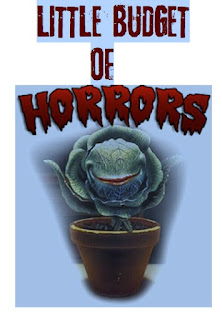 When it comes to government spending and "balancing the budget", four overweight elephants (or hungry monster plants) remain in the room while Bill English attempts to fund their huge appetites by cutting the support to children, families, students and even taxing paperboys.

At around $11 billion, the largest elephant by far consists of the RoNS (Roads of National Significance) where even the Government's last commissioned report revealed that the cost/benefit ratio for some motorways is as low as 0.4 (40c return for every $1 invested). When questioned by Julie Anne Genter regarding the dire economic projections and funding shortfalls the Minister of Transport, Gerry Brownlee, came up with some concerning answers. He claimed that he wasn't interested in the facts, was no expert on oil prices, the motorways will be built simply because people wanted them and that "they will cost what they will cost".

The second biggest elephant that the National Government continues to feed is superannuation, at 4% of GDP it costs around $8 billion to fund annually and has been projected to double by 2050, therefore costing hundreds of millions extra every year. The government has ignored calls for a raising of the retirement age by the Retirement Commissioner, Diana Crossan.

The third elephant is the tax cuts to the wealthy and the government refuses to back away from them despite costing the country around $2 billion in lost revenue so far. The cuts were never fiscally neutral as the predicted returns from the raised GST never eventuated. The National Government continues with the cuts despite the fact that our upper income earners are taxed at a much lower rate than in Australia. They won't even consider a capital gains tax when around 40% of incomes in the top bracket come from largely untaxed capital gains.

The fourth elephant is the subsidizing of greenhouse gases that costs the government around half a billion dollars a year because they continue to weaken the Emissions Trading Scheme and refuse to include some of our largest emitters.

To offset the huge leakage of government funds to these fiscal elephants and, in an attempt to offset increased borrowing and "balance the books", millions are being cut from essential government services. In his latest budget Bill English tries to make the untenable appear responsible by increasing class sizes, raising "user pays"charges for basic services, cutting student allowances, raising costs for accessing early childhood education and even taxing children who have after school jobs.

This is a miserly, mean little budget that continues to reward the rich and supports their growing affluence by sucking what little is left out of the poor and vulnerable.

There is another way!