It is the official launch of the Keep Our Assets petition today. The Greens, Labour, Grey Power, the CTU and NZUSA have all supported a single campaign to collect 350,000 signatures to enable a citizens initiated referendum on the issue.

National are claiming that they have a mandate to sell almost half of our power companies and Solid Energy because they promoted this during their election campaign. They are continuing to say this despite the fact that every poll that has been conducted since has shown an overwhelming majority of people are against the selling of these strategic assets. As every day passes there are more revelations about how poorly thought through and researched these sales are.

There have been thousands marching in Auckland... 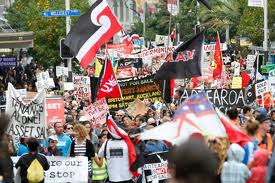 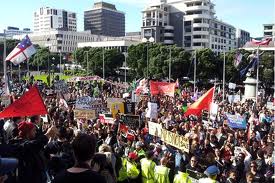 And in Invercargill this Saturday we are expecting a comparatively large turnout. This is one single issue that has support across all sectors of our society, with farmers walking beside Greens and students marching beside our retired citizens. It is an issue that transcends generations and political ideologies and this Government needs to hear this. If you live in or around Invercargill, make sure that you make your position clear by both marching and signing the petition! 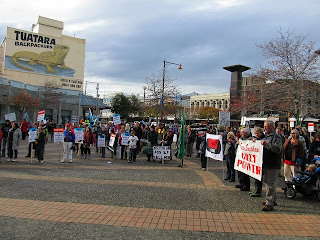 Alex said…
Great stuff, it went very well in Wellington. Make sure you take spare petition forms to the march, some groups have been running out halfway through events up here.
May 10, 2012 at 3:55 PM

bsprout said…
Good point, Alex, we should have more than enough unless we have the same numbers as Wellington (which would be wonderful).
May 10, 2012 at 4:26 PM