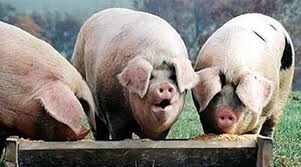 Images of pigs and troughs came to mind when it was revealed that the Prime Minister was was introducing a bill to lock in perks for former Prime Ministers. He will obviously benefit hugely from the passing of this bill and, given his personal wealth and the state of the economy, even thinking of doing this is a little obscene.

Perhaps twenty years ago the situation was different, retired Prime Ministers had fewer work opportunities  and spouses would have had minimal incomes. Geoffry Palmer, Mike Moore, Jim Bolger , Helen Clark and Jenny Shipley all continue to work and earn substantial pays. Jenny Shipley has received $108,000 over the last three years in annuities and travel, even though she has not been PM for 13 years, she is also creaming $1000 a day for being a member of panel set up to monitor the management of the Christchurch earthquake.

While most New Zealanders are having a zero budget to look forward to and experiencing ongoing cuts to government services, this sense of entitlement and selfish arrogance is appalling. The Green Party has asked for the payments to be scrapped and Metiria Turei rightly claimed that there is no justification for paying people for no reason. The Prime Minister provided no proof of the value of the spending, just that they were "modest by overseas standards".  It is bad enough that ethical concerns have taken no part in the management of the Banks affair but when you consider the intent behind this bill it is obvious that shame is not an emotion that John Key is capable of experiencing.

gazzamuso said…
Very glad the Greens are keen to scrap these payments, they make no sense whatsoever. I love Helen, but she must be creaming it at the UN!
May 7, 2012 at 11:58 AM

bsprout said…
I agree, Gazzamuso, she probably doesn't need the $200,000 she has received from us over the last 3 years now that she is regarded as one of the most powerful woman in the world: