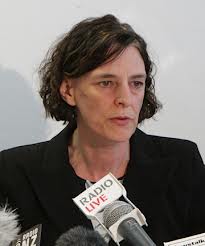 Each morning I turn on the radio to listen to Morning Report on Radio New Zealand National, it generally sets the scene for what will be the resonating issues for the day. My wife claims it is not good for my health because for the last four years she has witnessed me starting each day grumbling and muttering into my cereal and my blood pressure rising dangerously.

This morning my cereal was almost blasted out of the bowl by the force of my emotional outpourings and what cereal did reach my mouth struggled to negotiate my oesophagus as I choked on two particular news items. The first item was the Government's announcement that they would be discontinuing the five yearly State of the Environment Report (due in December) and the second was the Head of the Ministry of Education, Lesley Longstone, claiming that we can no longer call our education system world class.

The Parliamentary Commissioner for the Environment, Dr Jan Wright, strongly condemned the scrapping of the environment report. Dr Wright expressed the view that to no longer compile and have a detailed analysis of all the environmental data collected over the previous five years is "not good enough!". The State of the Environment Report is a pivotal one for allowing us to see an overview of our environmental management and establish the priorities for the next five years. The report is the most useful way for the public to judge the Government's performance as a responsible steward of our environment and to see if its policies are making a positive difference to areas of concern highlighted in the previous report.

Amy Adams claimed that the Ministry of the Environment will continue to track environmental performance on the 22 core indicators but will now only release new data as it comes to hand. This is just a highly manipulative method to hide the true extent of our environmental decline. By releasing random data at different times the Government can manage the information release and interpret the data with their own spin and so minimize the potential damage of concerning trends and the impact of a complete report.

Pure Advantage has estimated that around 75% of our exporters are dependent on New Zealand's "clean green" brand and yet amongst OECD countries we have plummeted from 1st for our environmental performance to 15th since 2006. While the National led Government have recognized the importance of the clean image, they would rather maintain it through subterfuge than make it a reality. Keeping dairy profits high means to ignore the consequences of intensive farming on our rivers and to take advantage of the quick profits from accessing fossil fuels will mean the destruction of many natural environments. Supporting sustainable and responsible industries and investing in R+D to advance environmentally sound businesses are not priorities and future proofing our economy is not being considered.

While the Government is desperate to hide the reality of our environmental decline they are bizarrely talking down the success of our education system. The New Zealand Institute rates education as one of the best performing sectors in its New Zealand Report Card and using internationally recognized assessments we are generally ranked amongst the top 5. Since 2008 this National led Government has used the fact that we have educational under-achievement amongst the least affluent in New Zealand (mainly Maori and Pasifika children) as evidence of system failure. Ministry of Education Head, Lesley Longstone, claimed in her annual report that "...the system is still under-performing for Maori and Pasifika learners, and learners from communities with significant social and economic challenges. While our education system continues to under-perform for these learners, we are not entitled to call ourselves world-class."

What Longstone and the government fail to recognise is that while teachers can have a positive effect on children from impoverished and struggling families their impact will always be limited. The Government's own flawed National Standards revealed that educational achievement is related more to the decile of the community than the standard of teaching. To claim that the education system is failing poor children is just shifting the responsibility from the Government for not dealing with the growing income inequities within New Zealand.

While the top two quintiles of New Zealand families (by income) have seen a considerable increase in wealth the bottom three have lost income and most especially Maori and Pasifika families. When 25% of our children live in relative poverty, and the majority of those children are struggling educationally, attacking the education sector won't make the slightest difference. The Government is creating a sense of crisis to bring ideological change to education like dismantling the public provision for private interests ($35 million extra to private schools and setting up Charter Schools), introducing competition through league tables and closing small community schools in favour of large megaschools. It is all about money, not addressing the needs of children.

This National led Government is desperate to hide the truth behind the declining state of our environment and is fabricating a crisis in education where none exists so that they can bring in ideological changes that have no professional basis. This is a vicious, dishonest Government that is prepared to do anything to hide their incompetence while supporting the growing wealth of the already rich and ignoring the suffering of our most vulnerable people and the negative impacts on our precious environment.

I did not enjoy my breakfast this morning. 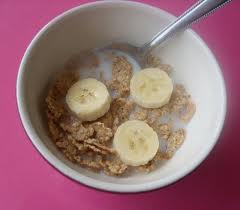 robertguyton said…
A letter to the editor might relieve some of your tension, bsprout.
I'm penning one on the SOE report, perhaps you'll throw Longstone to the wolves.
October 29, 2012 at 2:17 PM

Anonymous said…
It is in the National and Act's best (sic) interests to have a crisis in Education, especially when the plan is to 'implement charter schools within this Parliamentary term'. http://www.act.org.nz/national-act-confidence-and-supply-agreement (point 5 Education)

You cannot implement unpalatable medicine, unless the patient is sick (sic).

So we have a sick (shaken badly) Christchurch, sick (poor) South Auckland so let's give them medicine...merge, close, rejuvenate and then Charter-School-fix-them-with-medicine.

For the rest of the state schools that aren't shaken, or poor, the illness has to be worse - ie Lesley's 5 year check-up with rubber gloves.

Now that state education has its head down the toilet bowl, time for more medicine, a healthy dose of KIPP's Charter School medicine and a scratch on the back from Act and National. Education problem solved, crisis averted and we will catch up with Australia.

Anonymous said…
Your photos of Lesley Longstone tell some tales perhaps...
http://localbodies-bsprout.blogspot.co.nz/2012/10/each-morning-i-turn-on-radio-to-listen.html Image of Lesley
...and
http://localbodies-bsprout.blogspot.co.nz/2012/04/lesley-longstone-management-style.html
there has been a transformational look to Lesley Longstone
1. She's obviously being paid via Novopay and hasn’t ironed out the few hundred issues yet.
2. She didn’t realise the extent of social media interference in right-wing ideological implementation (oops I mean consultation).
3. She hasn’t quite mastered the ‘defective memory syndrome’ approach to political questions from the media.
4. The gloss is wearing off being a ‘smiling ideological assassin’
5. It’s too hot in New Zealand.
Keep up the great work sprout and you’ll have me jumping off the larboard side of ship and voting Green.

The Head of the Ministry of Education, Lesley Longstone, strongly condemned the Government's scrapping of the Education Report. Lesley Longstone expressed the view that to no longer compile and have a detailed analysis of all the educational data collected over the previous five years is "not good enough!". The State of Education Report is a pivotal one for allowing us to see an overview of our educational management and establish the priorities for the next five years. The report is the most useful way for the public to judge the Government's performance as a responsible steward of our education and to see if its policies are making a positive difference to areas of concern highlighted in the previous report.

Hekia Parata claimed that the Ministry of Education will continue to track educational performance on the 22 core indicators but will now only release new data as it comes to hand. This is just a highly manipulative method to hide the true extent of our educational decline. By releasing random data at different times the Government can manage the information release and interpret the data with their own spin and so minimize the potential damage of concerning trends and the impact of a complete report.

bsprout said…
Anonymous, you have lost me a little. Are you implying that I have been critical of the lack of an environmental report in one part of my post and then criticizing reporting in another? If so then you haven't understood what I was saying. I never criticized Longstone's need to have a report just her bizarre conclusion.