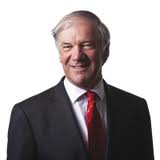 Hugh Fletcher is stepping down from the board of Fletcher Building and this will severe the ongoing connection of the Fletcher family to the firm started by his grandfather in 1909. In his interview with Kathryn Ryan he expressed frustration with the laissez faire management of the economy over the last 30 years. Given Hugh's long and successful business career and his involvement on the Board of the Reserve Bank, his comments carry some weight. Alison Paterson describes Hugh Fletcher in glowing terms and claims "I have never worked with someone with a bigger intellect then that guy." I feel therefore that the points he makes in the interview (my interpretations admittedly, and I'm open to corrections) are worth noting:

Hugh didn't mention Russel Norman or quantitative easing, but the Greens seem to be the only party that is on the same wave length and taking our economic situation and local business interests seriously.

bsprout said…
As if you didn't know Shane :-)
I know you would be totally supportive of the laissez faire approach and opening New Zealand even further so we that can be ravaged by the corporate wolves and have our assets and sovereignty stripped.
October 20, 2012 at 1:10 PM

Draco TB said…
Overseas capital should only be allowed into New Zealand if it is going to add to our productive capacity and introduce something useful that doesn't already exist.

Shouldn't be allowed then either. If there is something in the world that we can use then the government should buy the rights for NZ to use it.

bsprout said…
Maybe, Shane, but can you name a country that is more free? When Roger Douglas introduced Rogernomics New Zealand became an experiment that was watched with great interest by other nations to see if such a liberated economy would work.
October 20, 2012 at 5:34 PM

Jeremy said…
In 1984 Labour devalued the NZ dollar by 20%. This was followed almost immediately by floating the NZ dollar. The value returned to where it was before the devaluation within a year.

Chris Trotter has an excellent article "Parker's Stance on QE Bodes Ill for Labour-Green Coalition" on his blog. Read comments 18 to 22 for dialogue between Chris, Pat, Kat and Jigsaw for some enlightenment from that period.
October 20, 2012 at 7:27 PM

The issue is one of the use of force, plain and simple. Free market capitalism aough to be applauded by communists, as it is the only type without coercion or force.
October 23, 2012 at 9:11 AM

bsprout said…
Shane, your idealism is to be admired but in the real world free markets will always be corrupted by the powerful and the greedy. If a truly functional free market could exist in the way you envisage we would have to start afresh and ensure that all will operate according to the highest ethical codes. Even then the likes of Monsanto will probably find a way to corrupt the system: http://topdocumentaryfilms.com/the-world-according-to-monsanto/

Shane Pleasance said…
The 'idealism' of which you speak is only the absurd idea the someone else is not your property, and you not theirs.

How bizarre that the removal of force and coercion be considered avant-garde?
October 24, 2012 at 10:08 AM

Tracy Roberts said…
How can one criticise a free market when it it not a free market? The issue is one of the use of force, plain and simple. Free market capitalism aough to be applauded by communists, as it is the only type without coercion or force.
January 12, 2013 at 9:25 AM