- October 22, 2012
For many years my wife and I had contemplated having a our own place near the sea. My wife has very fond memories of family holidays in Appledore, North Devon. It is a very picturesque village with an unusual link to southern New Zealand. Both the Invercargill Museum and the Appledore Maritime Museum have displays devoted to the wreck of the General Grant. Both displays document the survivors ingenuity and tenacity in staying alive for one and a half years on an Auckland Island (sub-Antarctic) before finally being rescued. Two of the survivors came from Clovelly, near Appledore. 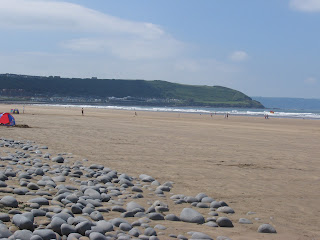 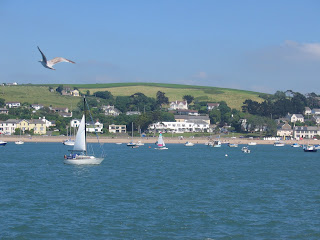 Instow, across the estuary from Appledore

While NewZealand doesn't have the human history of Britain our wild southern coast has many natural similarities to North Devon. Our favorite part of this coast is the Catlins and most especially Curio Bay. It has an amazing combination of natural features and wildlife: the fossilized forest, the broad sandy beach and wonderful surfing waves, the rare Hector Dolphins, the Yellow Eyed Penguins and the fur seals and sea lions that often visit. 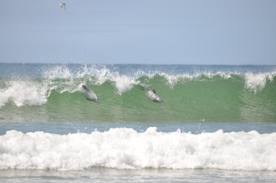 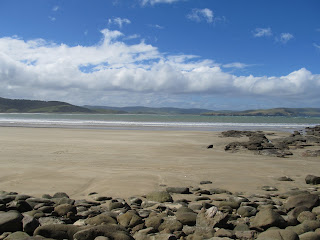 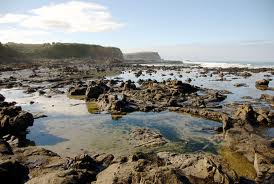 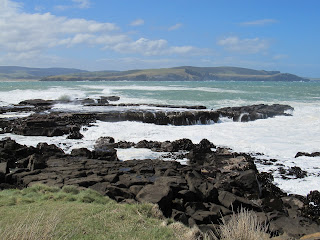 While driving to Curio Bay one passes through Waikawa, a small historic settlement that is situated beside the Waikawa Esturary. Waikawa has its beginnings in the late 1800s when the native timber mills in the area provided much of the materials that built Dunedin in the booming gold mining era. Waikawa was a busy port where the newly milled wood was loaded onto sailing ships bound for Dunedin. A wharf still exists but it is rarely used now although a nearby boat ramp gets lots of use for recreational boaties. 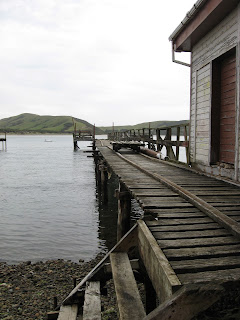 A small 1920's cottage came up for auction, the last property before the wharf and nestled into a bush covered hill. It was sheltered from the prevailing winds, looked directly onto the Estuary and Curio Bay could be reached in a few minutes by road or a little bit longer following the "Old Coach Road" on foot (at low tide). Our kayaks could be launched into the estuary just a few metres from the house, this was the place for us, our Waikawa Paradise. 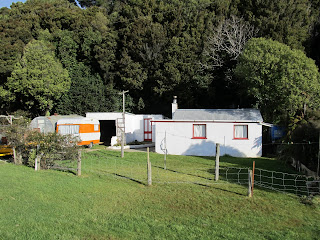 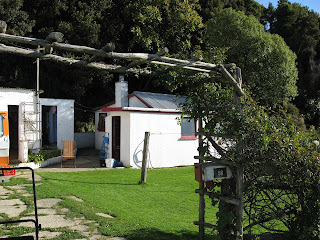 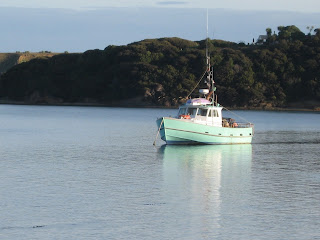 Fishing boat moored in the estuary 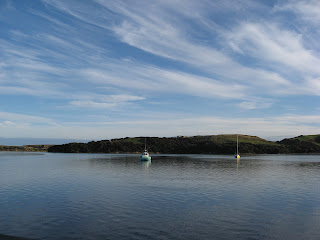 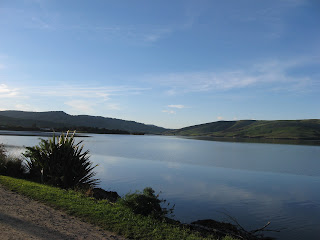 View from the cottage

Shane Pleasance said…
It is a fantastic region.

I have thought a few times about moving away for various reasons, (like right now with this weather!), but the thought of not having my big sky above me holds me here.

bsprout said…
I quite agree, Shane, Invercargill is central to some incredible places and allows a lifestyle that would be hard to replicate elsewhere. What we like about the Catlins is that it is an amazing place in any weather, the stormier it gets the more spectacular it is and in fine weather there is no better place to be. :-)
October 23, 2012 at 9:22 AM

bsprout said…
Interestingly, Robert, I have only explored the places south of Appledore, Buckswood, Clovelly and Bideford. I will have to explore northwards next time I visit.

Are you aware of the famous Pink Floyd album cover and the 700 hospital beds arranged on the Saunton Sands? http://www.musicpilgrimages.com/album/index.php?alias=cover___a_momentary_lapse_of_reason.html
October 23, 2012 at 9:39 AM